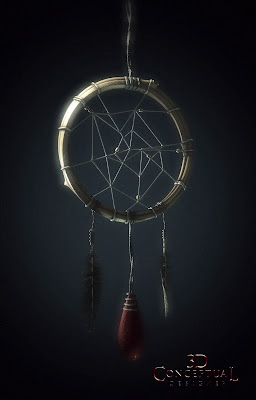 A quick Dreamcatcher model for a Poster Idea done for Calvin Sumler. 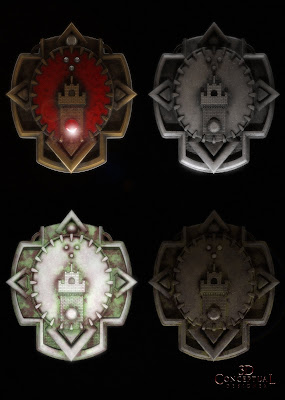 A series of looks for a crest design we were given to make in 3D.

An ALL CAPS version of the New Moon Logo done with the 3D scratches.

A lowercase version of NEW MOON done with fewer scratches with a warm material.

An Aged Gold version of the Logo.

A Dirt Material was used on most Logos to get the aged feel in the cracks and nooks and crannies.

A monochromatic version of a cement material for the Logo done for Joseph Stamper the Art Director.

An all lowercase version of the logo clean without any 3D scratches done for Joseph Stamper as well.


I had the privilege of working on four Twilight ad campaigns so far and here I post PART II covering some Logos and 3D Illustrations I did for the second film Twilight New Moon.

I revisited the single point beveled logos based on the logo from the book, as well and the "g" was modified a bit with more curl in the tail so we had the main logo and the episode title "NEW MOON" done in a variety of materials and in all uppercase all lowercase etc. I also did a few Illustrations, one of the Dreamcatcher and one of some crests for the new addition of another clan.

You can view PARTI for the first film here.