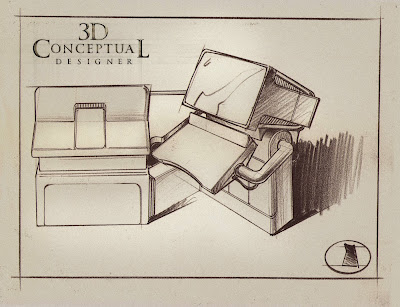 Sketch One from the first development of the Computer Tables blocked out. 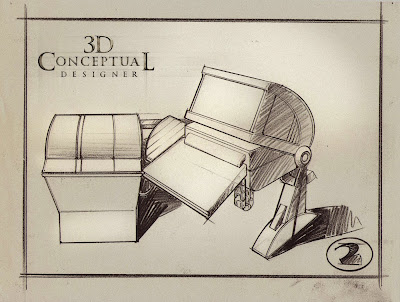 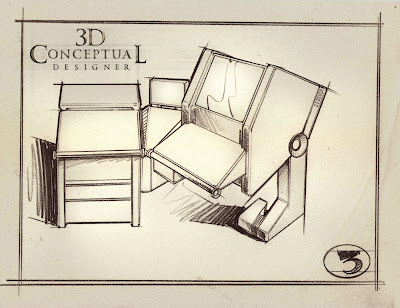 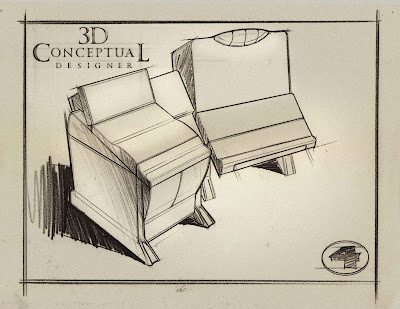 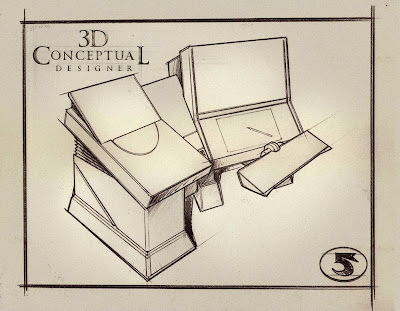 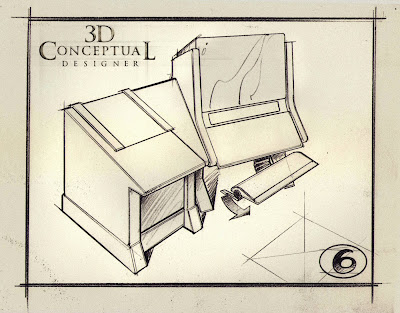 In this concept the monitor is flat in the table on the Left and would tilt up for viewing. 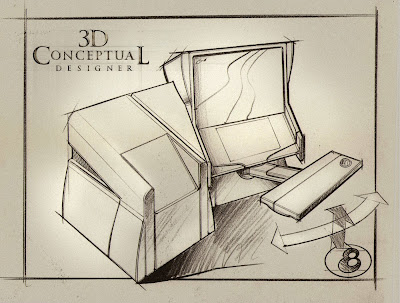 The Custom Cabinet with a swing out keyboard table and some softer shapes.


Out-Takes was a blue screen photography studio at Universal's City Walk Outdoor Mall in California, and in my third post I have put up about half of the early development designs I did to establish a direction.

The early design stage you get more freedom as certain parameters are not know yet or defined so you kind of wing it a bit to establish a direction. One reason the process is so valuable is it also established what you DON'T want to do. Sometimes you need to draw a bad design to establish in another persons mind that it is not a good idea., since as a designer we may see an issue but we are the "eyes" for the client so we must show them at times.

PART I can be seen here.

PART II can be seen here.

Cheers, THOM
Posted by 3Dconceptualdesigner at 11:34 AM