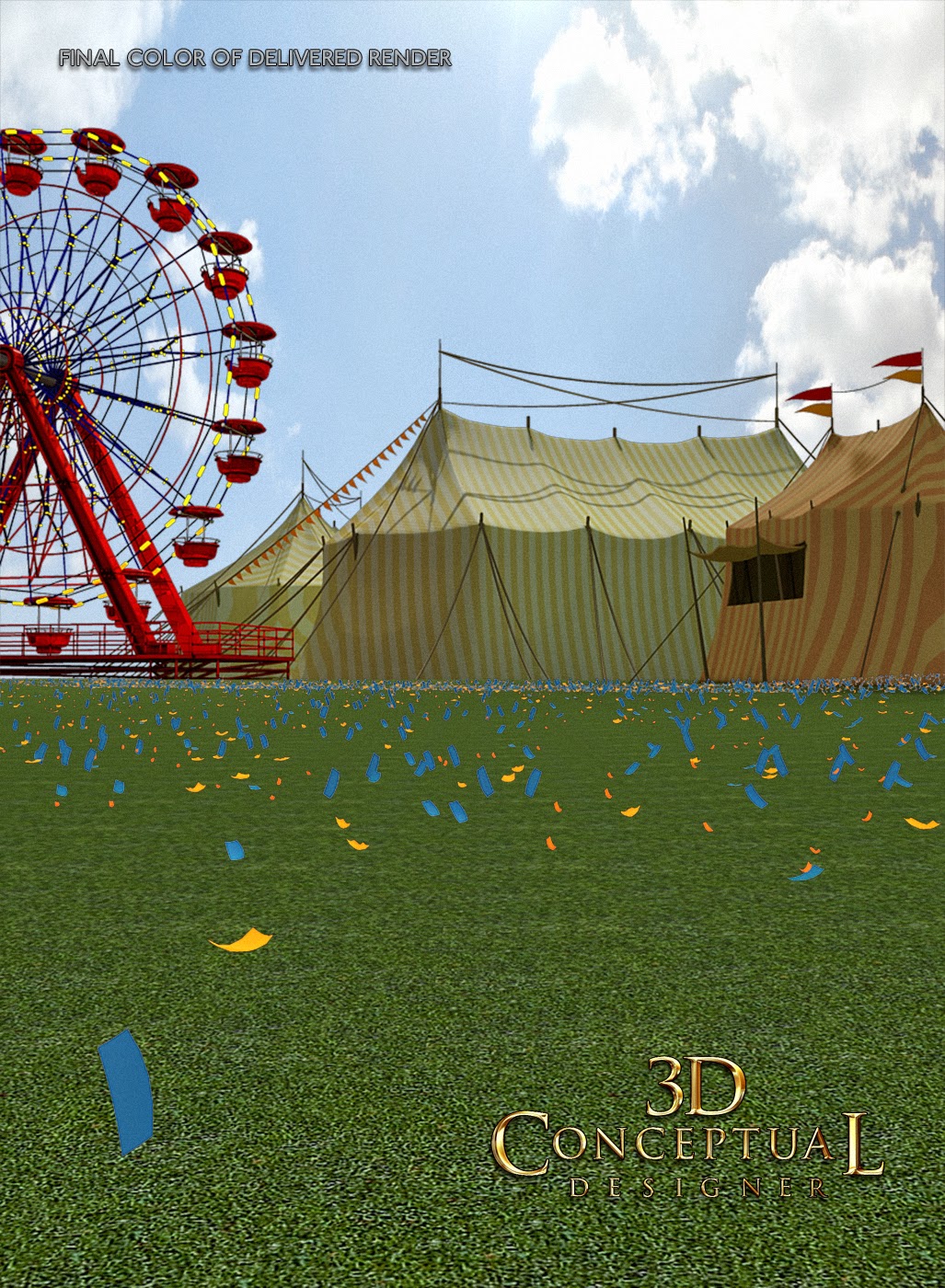 The final delivered 3D Background render I did for the Blue-ray/DVD re-release for the film, State Fair. 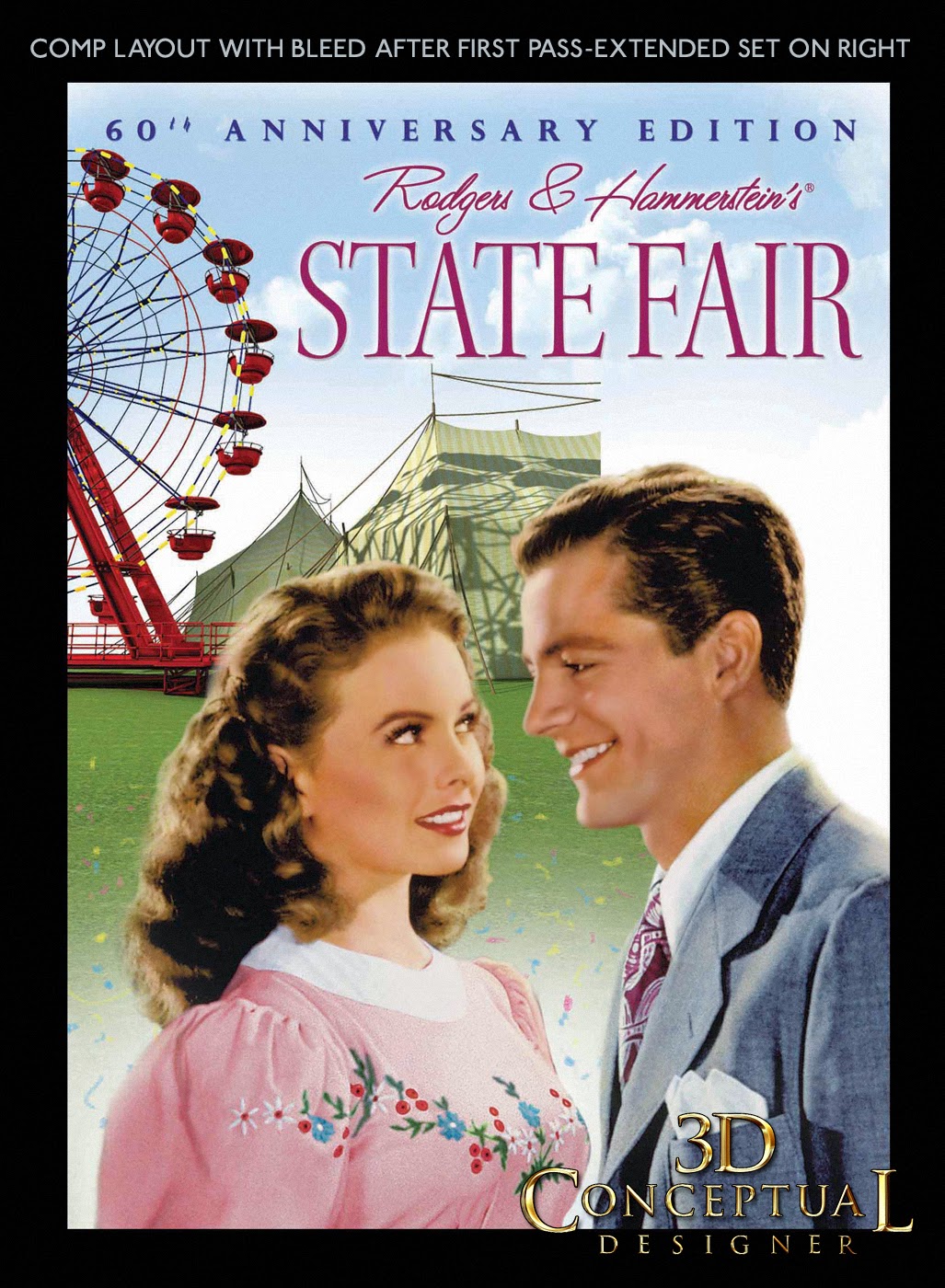 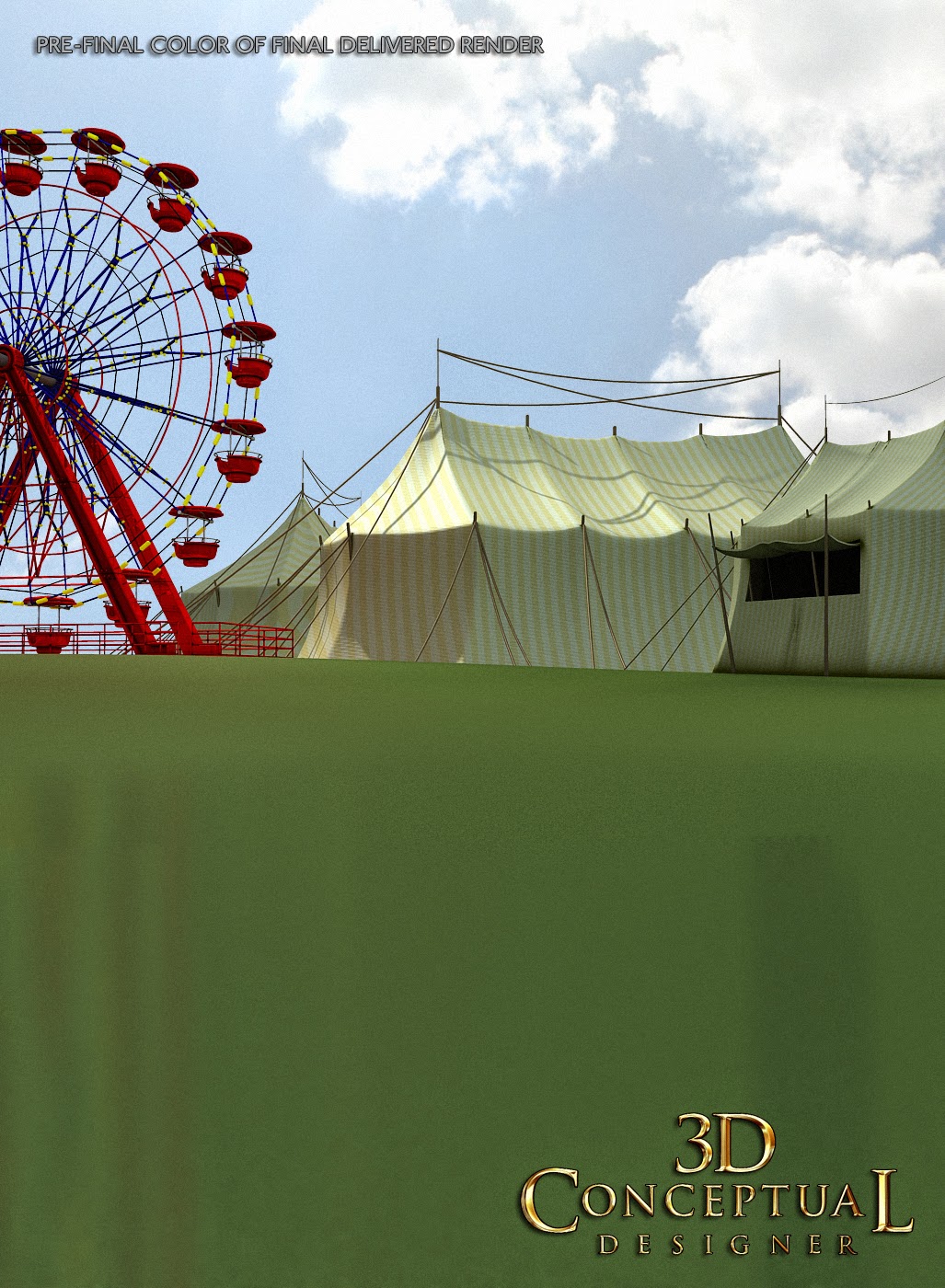 The color version just prior to final was locked in at about 90%. I added flags, streamers, and raised the Ferris wheel up a bit for the final. 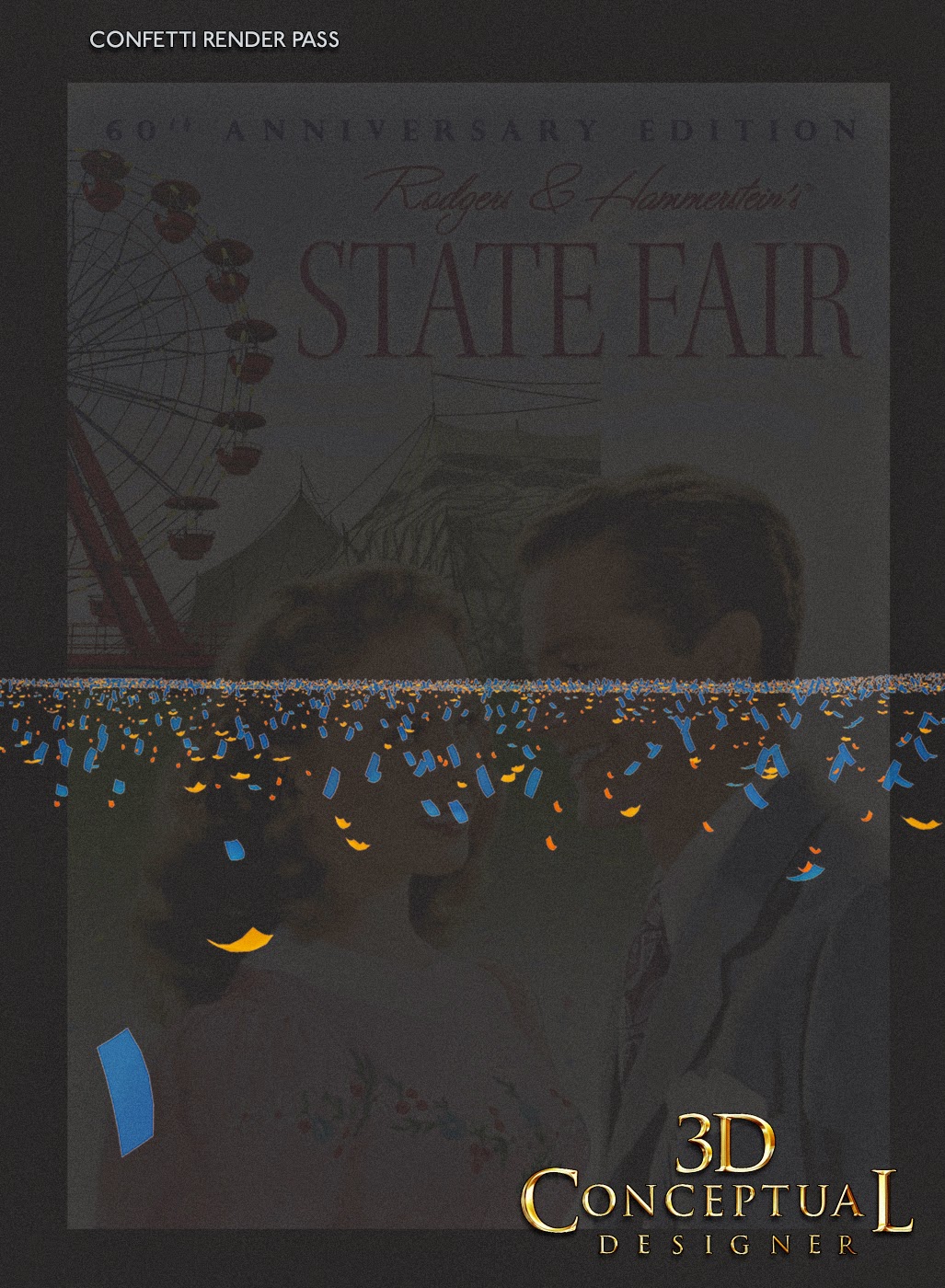 The 3D Confetti render pass. I used the ground plane and used the scatter object in 3DS max to efficiently get this done on time. 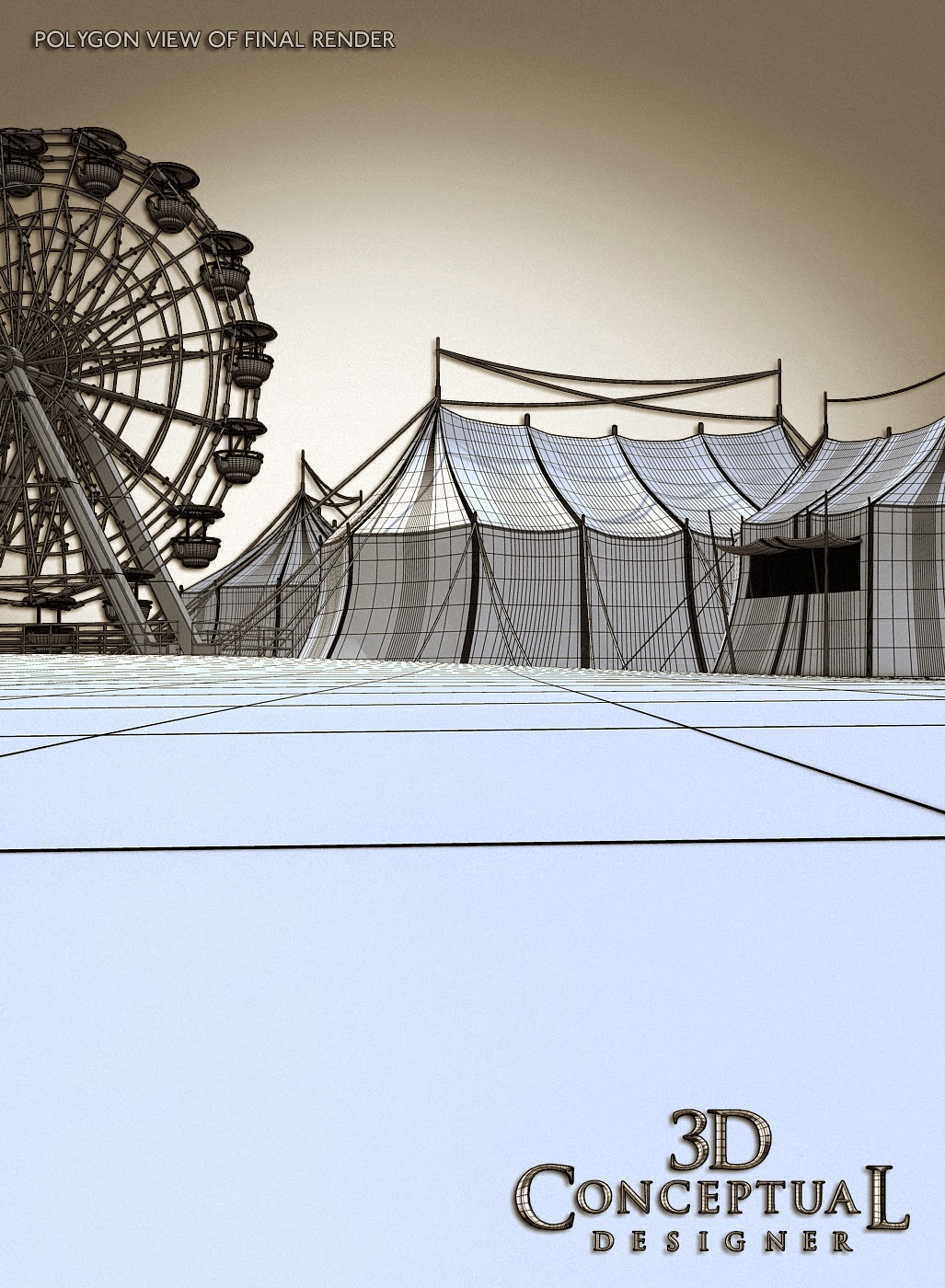 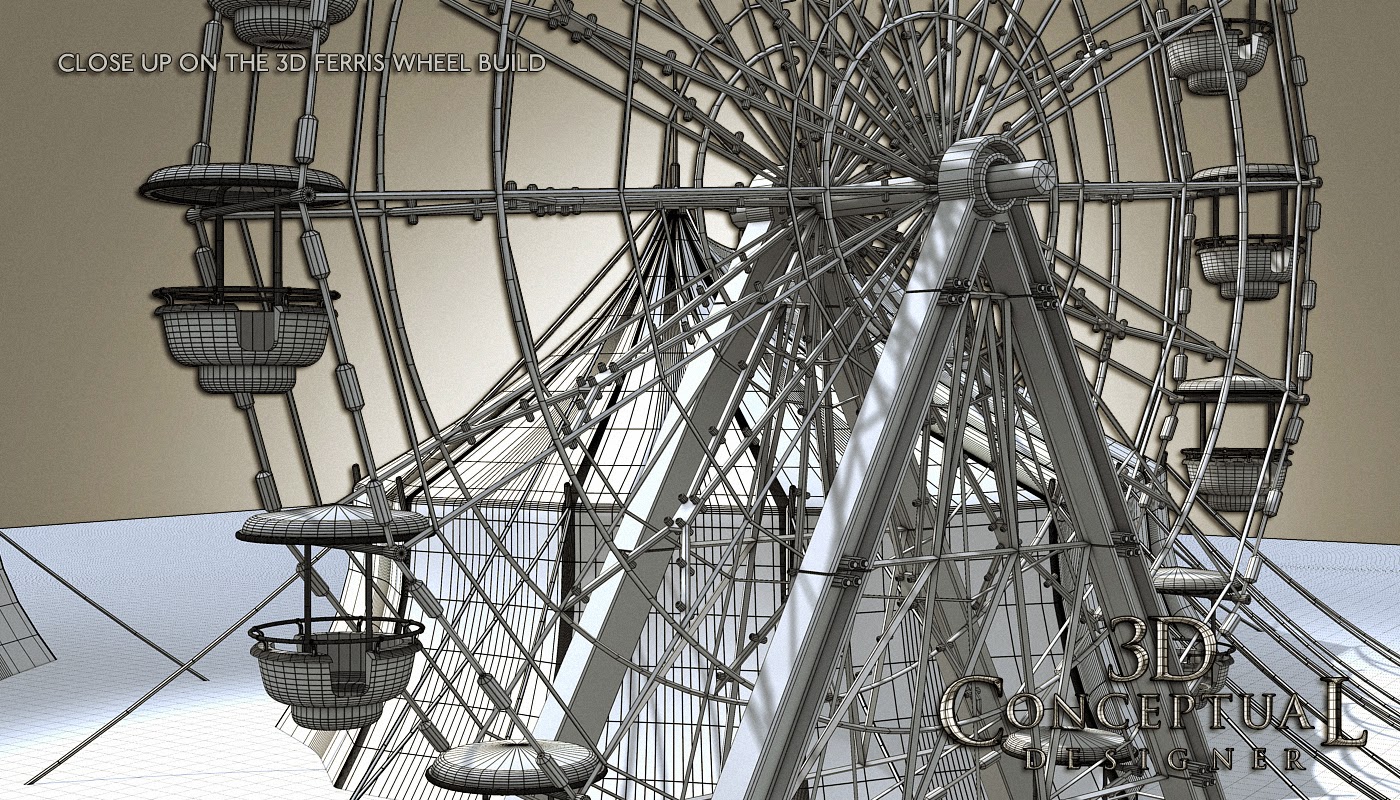 A close up on the Ferris Wheel model. 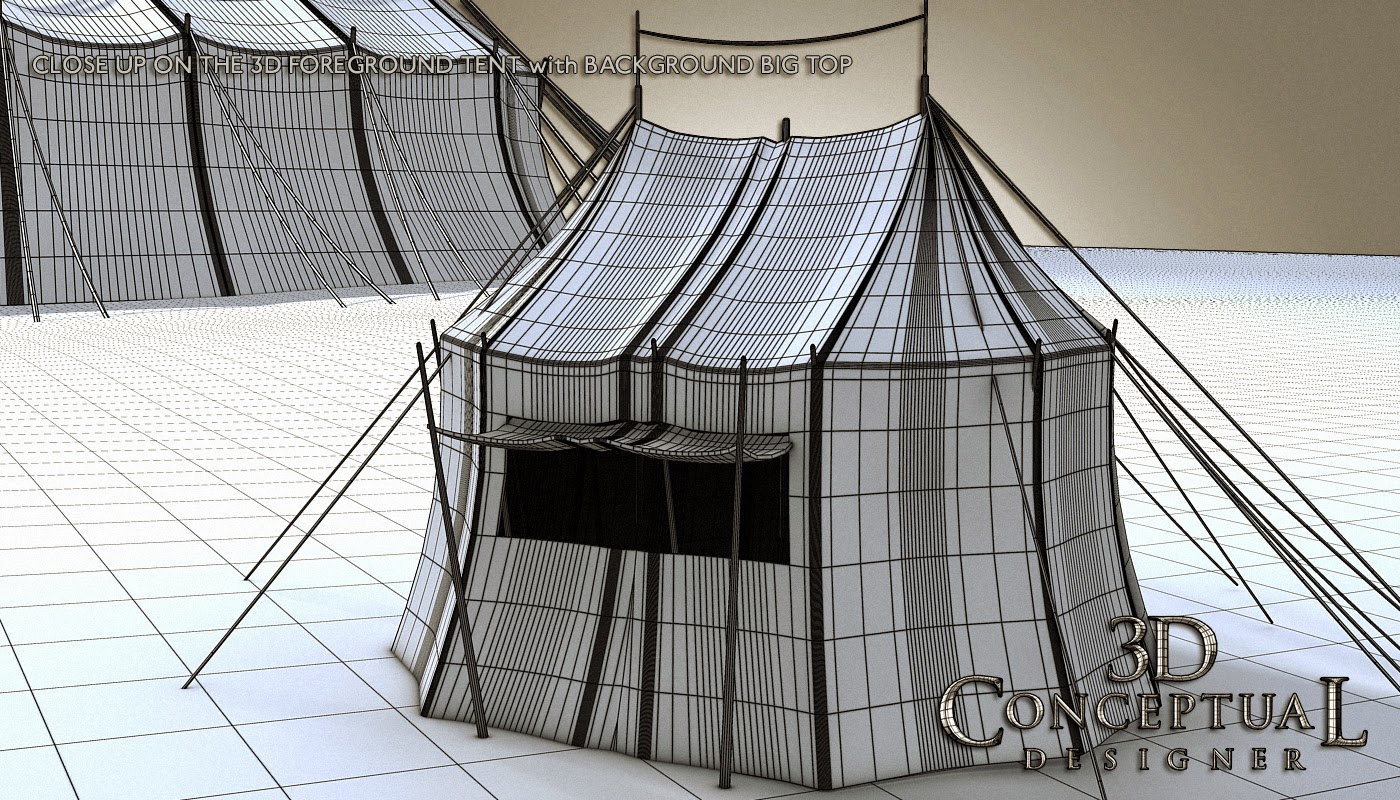 A Close up shot of the foreground tent. 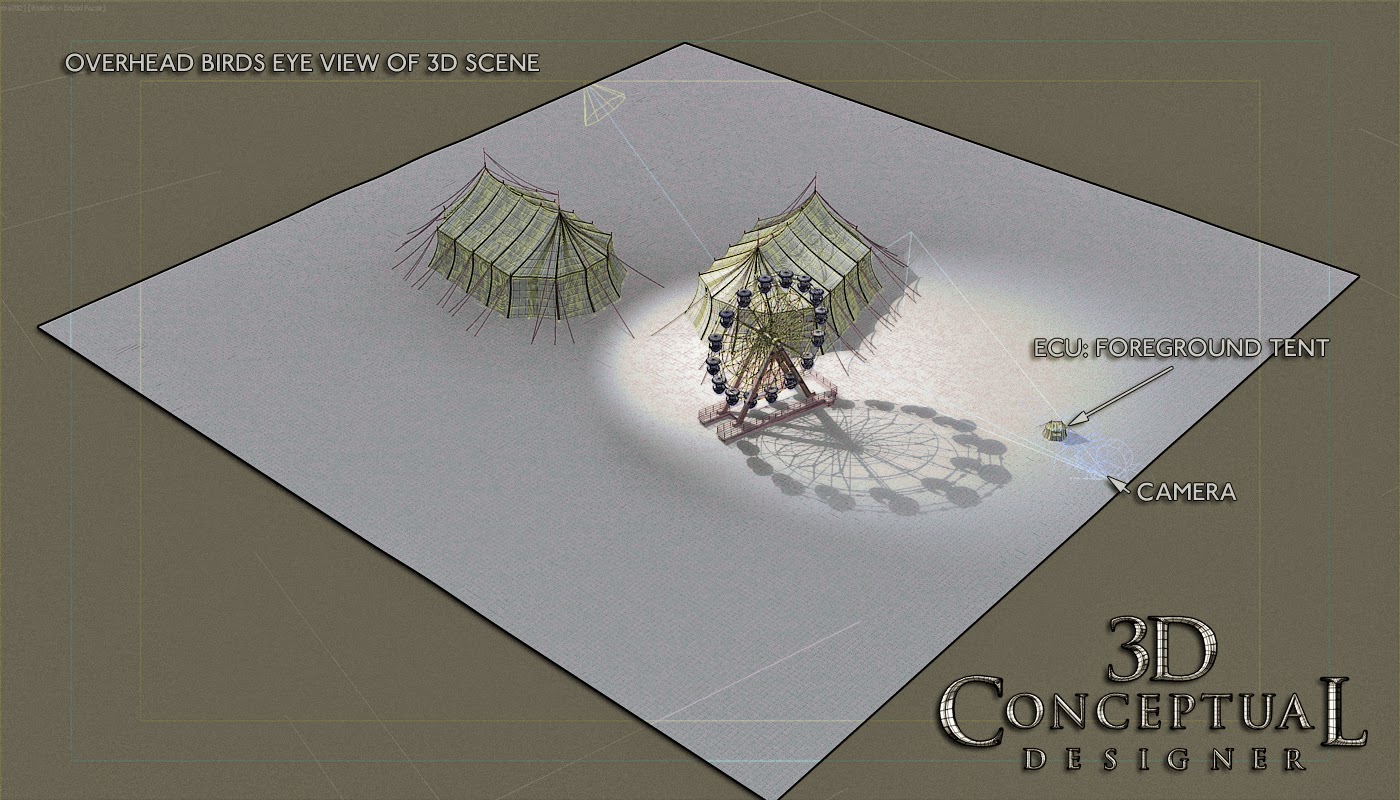 This Birds-Eye shot shows the extend of the full 3D build I made for this background image.

I was asked to help create a background image for the 60th anniversary edition of Rogers and Hammerstein's classic film,State Fair for Menagerie Creative back in 2009, a regular client of mine, and today I cover the build I did for this fun and fast turn over Home Entertainment gig.

As a 3D artist I do a lot of poster work 3D Illustration ,and over half my work are for the 3D logos I provide, but the rest are these 3D backgrounds, where the photography does not exist, or is just too difficult to access, so they call me to make it from scratch.

I was not given much scrap reference when I began the gig, but it was a straight forward build to create a 3D State Fair background image to be used behind the colorized images for the cover key art of the main characters, so off I went.

I researched old Ferris wheel designs, and Circus tent looks for the era, and I then built out the detailed versions as seen above. I also built out some 3D confetti to add in on a layer.

After I hand built the assets, textured them up, and set it up to go, I rendered the shot out and delivered to the client as a layered PSD file with alpha channels and Z-Depth channels.

The shot never went to finish, however as with all 3D work it was a fun process with a great client.

P.S. As a FYI to any regulars here,posting was on hold due to a family death. I plan to return to my regular posting moving forward.
Posted by 3Dconceptualdesigner at 12:21 PM No comments: