Project Reiview: The Cat in the Hat 2002 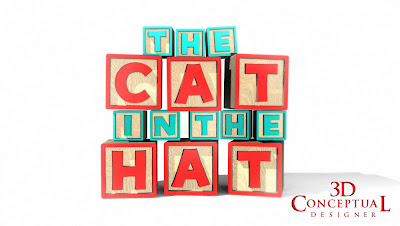 A virtual stacked set of childrens blocks for the main Logo. 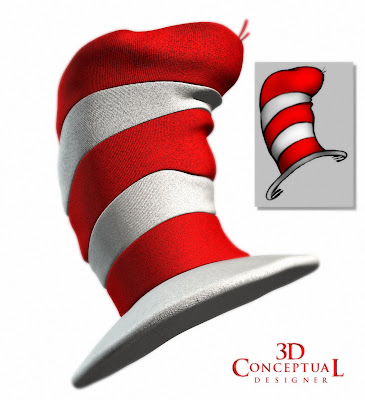 A 3D version of the Hat built over the 2D Illustration as a match object.

A Long Title blocked out in child's blocks for a 30-Sheet Billboard Illustration. 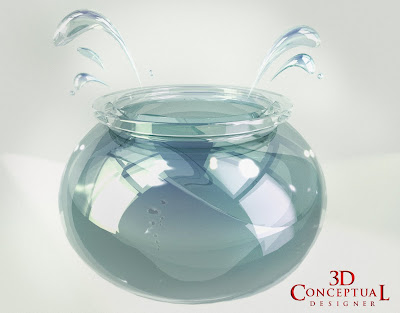 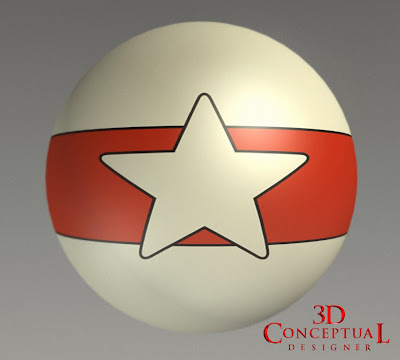 The rubber ball seen in the film and books. 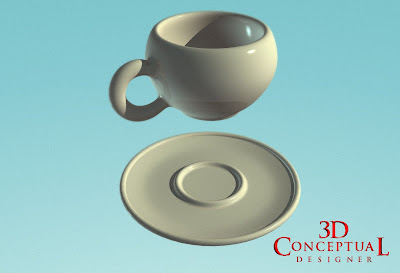 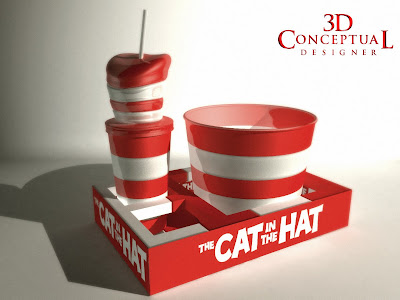 A concept for an in-Theater Popcorn and molded cup promotion.

While doing conceptual 3D Illustration for BLT and Associated from 2000 to 2003, I had a chance to work on the Theatrical print campaign for Mike Myers adaptation of the Dr Seuss classic The Cat in the Hat. I grew up on the books of Dr. Seuss so the little kid in me was especially excited to get the chance to work on such a fun property.

It was a variety of work from a few 3D logos, to a series of props from the story that were iconic in the books from the simple saucer and tea cup to the star ball you see through the book.
Cheers, THOM
Posted by 3Dconceptualdesigner at 7:30 AM