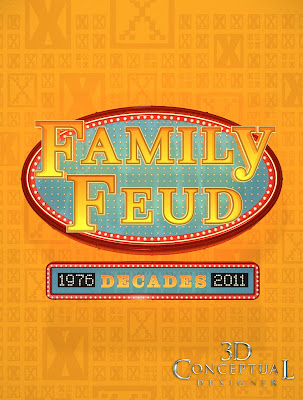 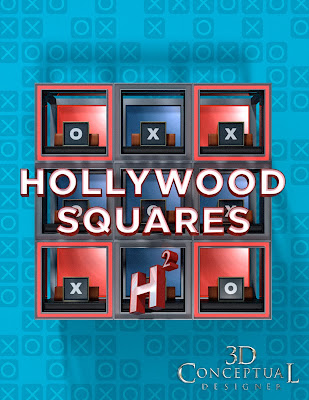 Hollywood Squares was a new project this year, fun to make the game grid and the Logo for this one. 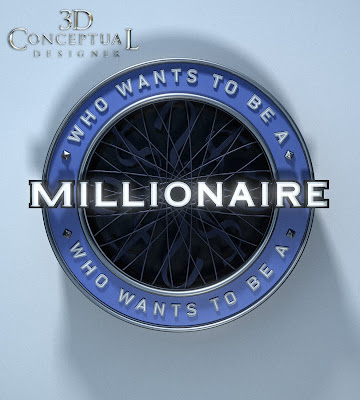 Another new property for 2010 was this logo as well as some collateral designs for the rest of the package. 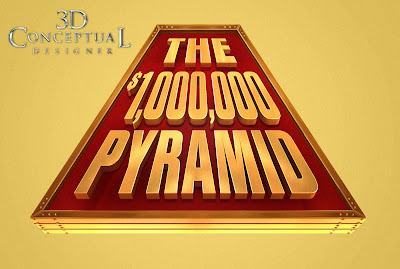 I had worked with Greg the prior year on the Key Art packaging for the new Price is Right Video Game, and he returned with a lot more work. I first revised the Family Feud work I did for 2010 for the new 2011 version of the game. Once that was done I addressed three new property's including, Hollywood Squares, Who Wants to be a Millionaire, and $1,000,000 Pyramid.

I enjoy making a dimensional version of a logo since there are so many ways to interpret the depth beyond a mere extrusion. the bevels rivets and part lines for a constructed sign is a fun job, and Games are a great subject matter to attack.

To view the web online game stages I did for the same properties, you can view them here.
Cheers, THOM
Posted by 3Dconceptualdesigner at 10:22 AM