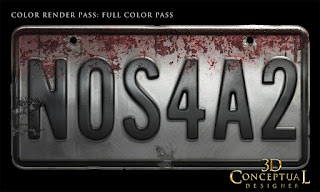 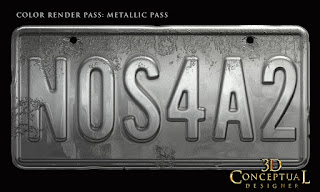 In order to get the final Look I did a straight metal full color render as well as the painted render. This allowed the agency Leroy and Rose to adjust and shine it up as needed. 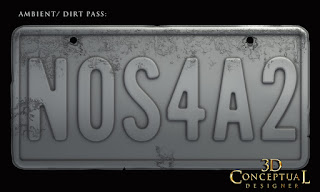 The Ambient Occlusion/ Dirt Render pass is to add grime and depth to the 3D render. 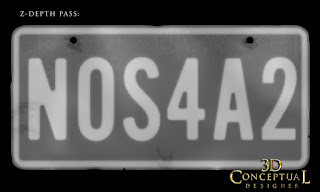 If required I can provide a Z-Depth[ Distance based grey-scale map] for post effect to the client. You can see the 3D dents in this render , and I use it in the final render as an overlay in Photoshop to enhance the image. 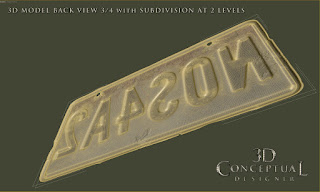 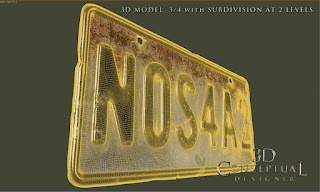 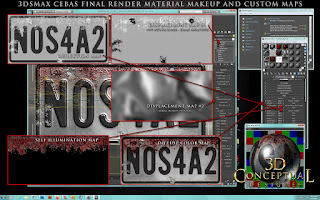 I rendered this in Cebas Final Render's GI renderer[ my choice!] and this shows my custom texture Maps I built , and the various ways I use them for both the texture and displacement in 3D for the geometry itself. 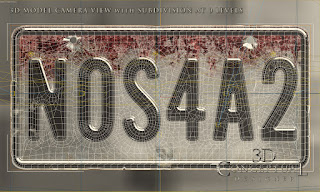 The base 3D Low Poly object has the base dents modeled into it as well as using N-powers Pro-Boolean in 3DSmax to output the file as a Mesh. I clean it up  a bit ,then used the shell modifier to give the model a slight thickness like a real metal plate would have. 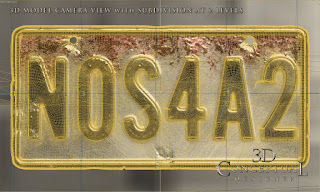 For quick lighting I had Sub-D down to just 2 levels making the Pre-Lighting go quicker at the early dial in stage. 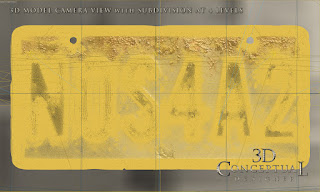 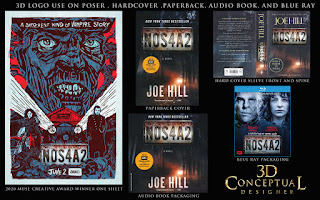 An image of the NOS4A2 3D License Plate Logo I created in the various ways it has been used. The One Sheet won a 2020 Muse Award, and that is linked here.


I was called in by Melchior at Leroy & Rose to design and build out a 3D Design of a car license plate used on the AMC Series NOS4A2 [ a.k.a. Nosferatu ] I love working with L&R , as I do hundreds of 3D Logos each year, but 3D illustration as a 3D Logo combines two things I love.

I recently learned that the One Sheet Poster using my 3D License Plate Logo won the Muse 2020 Design Award, and that can be seen here.

I deliver first with a low resolution render leaving off all post effects as well as turning off Anti-Aliasing[ a.k.a. AA ] so the render is quick for approvals, since this changes a few times each round. This saves time and budget for the client so it helps manage the project. Since I have been both a Creative Director , and Art Director, I am accustomed to managing costs from above, so below!.

Once the low resolution render is approved I do a low resolution AA render to get a time estimate a for a final. As well as adding in the other render passes. This delivery is as a Adobe Photoshop Layered file, and a Smart 3D Image, so they automatically have an Alpha channel , saving the clients time and money as the object comes masked to the pixel perfectly. I also include a Z-Depth pass which is a depth based grey-scale mask for adding post effects [ based on distance from Camera. Great for Camera blurs , adding layers of fog or atmosphere], and an Ambient/Dirt pass which is a basic grey color with a dark dirt like material that 'finds the intersections' in the geometry and darkens them up adding either aging or just a nice shadow in the cracks.

The final design is used for Posters, outdoor, online advertising as usual, but it is also used for the various books, Hard Back Sleeve, Paperback Cover, and Audio Book Key Art. It is also found on the Packaging Design for blue ray as well used by Home Entertainment Designers.

As a Transportation designer I love all things automotive, so even the License Plate is fun the build realistically as a stamped aluminum plate. Denting and chipping it up having to create a custom set of texture maps for the material was also a part of 3D I really get to paint with too.

I have worked for over a decade remotely, so I am ready to go in this Covid-19 situation with Back Ups and FTP and secure lines to transfer files to clients. 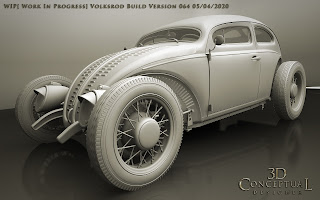 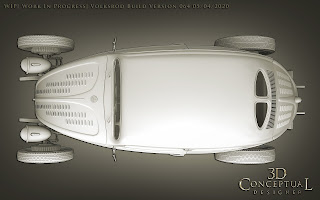 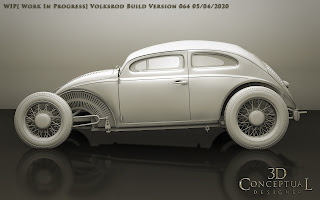 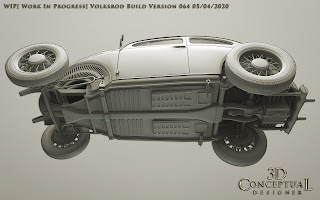 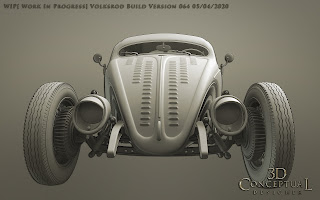 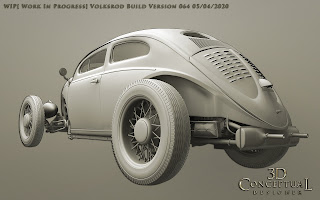 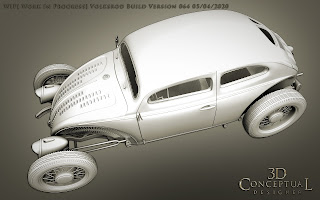 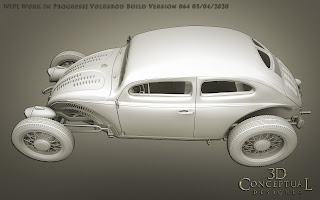 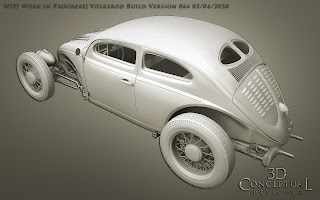 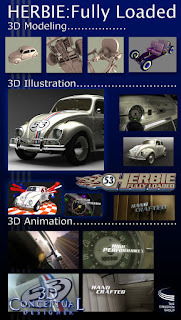 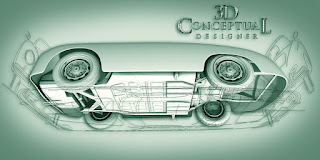 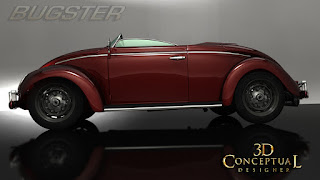 
Cheers, THOM
Posted by 3Dconceptualdesigner at 9:57 AM No comments: