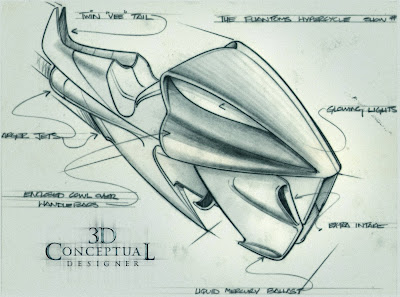 Kit Walkers Hyper-cycle as seen when in disguise from being The Phantom. 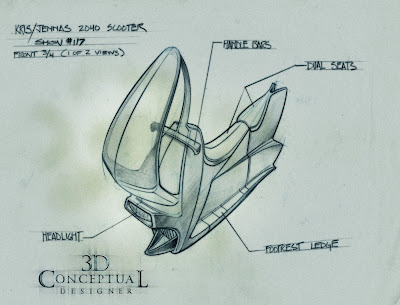 Jenna's Hyper Scooter, a smaller cheaper version of a Cycle. 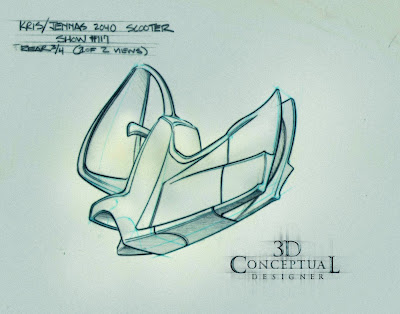 An alternate view of Jenna's Hyper-Scooter. 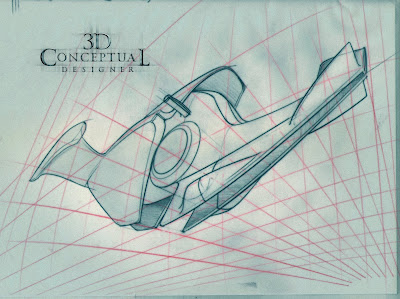 A development sketch 3/4 low rear view with wings out on a hyper-Cycle. 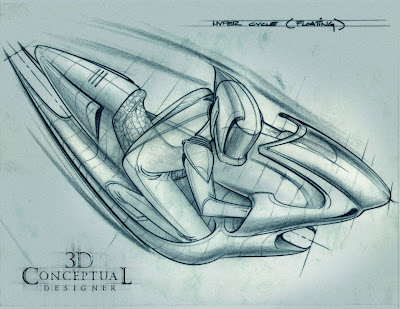 An early development sketch of a hyper-cycle with a bit more wrapped design over the arms and legs.

In this 38th post on the Phantom 2040 TV Animation series I worked on in the early 90's , here I have posted a variety of flying motorcycle designs I did for the show that were called hyper-cycles due to a small hand sized space hyper-drive system allowing them enough energy to hover and fly.

I did a variety of hyper-cycles for various characters including the Phantom/Kit Walker, the Enforcers, and Kits college buddy's Jenna. I also show some development sketches as well , showing a small bit of the process behind it.
Cheers, THOM
Posted by 3Dconceptualdesigner at 2:36 PM