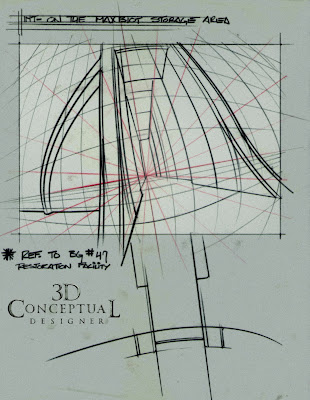 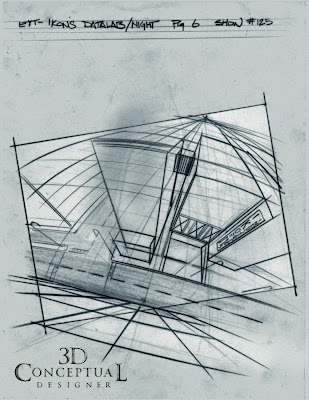 A Birds Eye exterior shot with a strong fish eye lens done for the Layout dept. 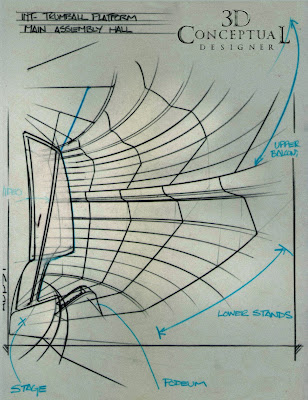 VainGloria had a concert in space and this was the stadium blocking layout I did fo4r the Storyboard Artists to follow. 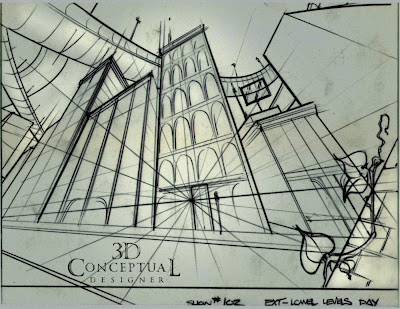 The Lowest level of the city was the "Old City" and here is a typical tall and thin stylized layout. 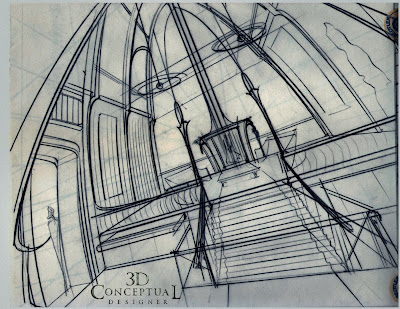 At the top of the Mile High building of MAXIMUM INC. Rebbecca's office was at the very tip,an here is the blocked layout for the space.

In this 39th post on the Phantom 2040 TV Animation series I worked on in the early 90's , here I have posted more layout grids I used to make a more accurate perspective to follow for the final layouts done at Sei Young Animation Studios in South Korea.

Perspective Grids, as I have stated prior make for better designs as your 3D space is laid out for you to follow, and your mind can focus on the design proportions, not accuracy of the camera. This was the only way we could get out layouts done at the right angles for our extensive use of fish eye lens on worms eye and birds eye shots.
Cheers, THOM
Posted by 3Dconceptualdesigner at 10:56 AM