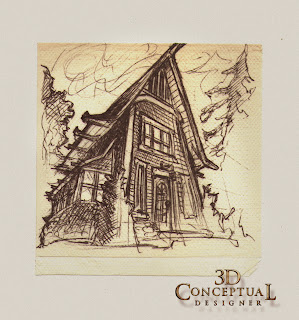 A Craftsman Arts and Crafts 1920's era Cabin. River rock base and an attached greenhouse up in the Pacific Northwest. 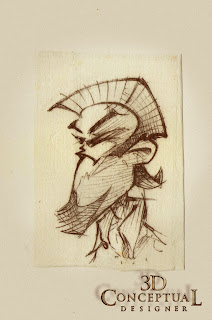 I knew a bartender who worked at Q's in Pasadena in the 90's he eventually went to Occidental and became a Graphic Artist. We always chatted when I had a Newcastle and doodles, this is him. 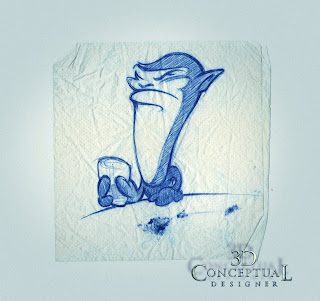 An Alien in a full hooded space suit having a scotch[ Lagavulin!] 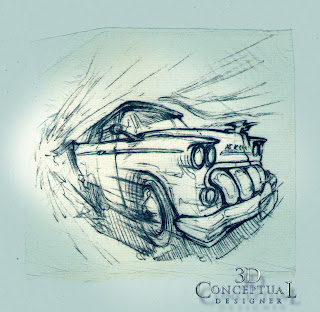 Napkin Sketching Part XV
In this fifteenth installment of the Napkin Sketches, Drawings, and Doodles I do when I have a pen in hand, I have put up a few additions today that I had scanned in from the mid 90's.

I found these still in my old school portfolio book I used to carry around before the advent of my blog and website. It has these napkins taped into a layout for almost a decade, so I pulled them out yesterday, scanned them for todays post.

I have a little Arts and Crafts Bungalow cabin with an attached greenhouse on the side. This little one was done near the time I was going up to Spokane for Cyan[ 1999], as I was looking at the homes around there in the Arts and Crafts style as I was considering a move up there.

I also always do these little characters and Heavy Iron cars as well on a regular basis. And even though I re draw a few cars over and over, I always get a little bit out of the exercise in perspective and basic hand control for the sketching itself, as well as each design is different is some way or another.

I always sketch and sometime soon, I hope to get digital with it with a tablet with a digitizer pen[ NOT captive] so I can sketch with varied line weight and pressure sensitive thickness and opacity variations in the lines.DELL and ASUS now offer this.