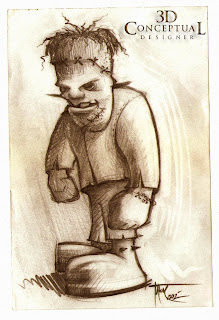 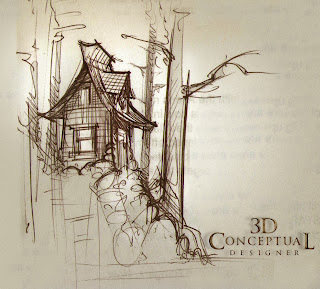 A little playhouse or Tiny-Home in the Coastal Redwoods, ....... 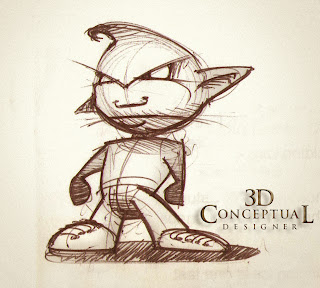 A little animated character design in a Superhero Jumpsuit

Personal Project
Napkin Sketching Part XVI
In this sixteenth installment of the Napkin Sketches, Drawings, and Doodles I do when I have a pen in hand, I have put up a some 2012 sketches that I have done this month.

Itry to keep sketching every day a bit so I put up a few examples of what has been in my head.

The Frankenstein Monster above came from a discussion with my six year old about make belive and reality, so I explained to her that the Monster is from a great story, so I did a quciuk little 3" X 5" doodle on a new scratch pad I picked up last night. Pencil on Bond paper.

The other two Ball Point pen doodles, were done at my PIXAR meeting a few weeks back, when I had about 10 minutes to kill until the client came in. I had recently found the Arts and Crafts sketch I did, so it was in my brain to do a variation up on a little hill in the Coastal Redwoods of California.

I also did a little animated Superhere Character in  a jumpsuit, based on someone in the room,....shhh...:o)

Sketching really is a joy to me, and I would encourage EVERY 3D artist, and designer out there, to stay on it, it helps in ways you will only see, once you do it regularly.