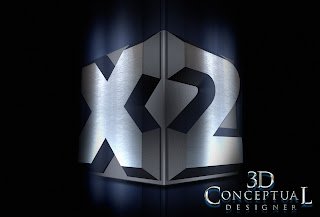 First pass was an easy box with type objects placed on each side. I re-used the brushed materials from X-Men 1 logo work. 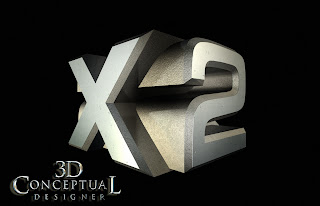 This idea took two type ideas, a brushed flat face with a heavy bevel in a case warm metal extrusion. I then turned the "2" and scaled it to fit into the side of the "X". 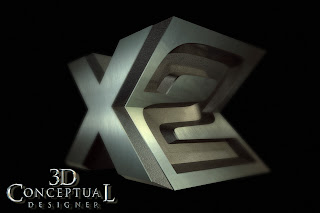 I really liked this idea, I booleaned out the two from the side of the big "X". It has some legibility issue, but it was a fun solve none the less. 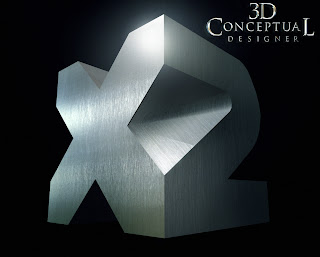 This was a simple look but a complex model, as I did this before I knew Quad Subdivision modeling which would have been a better asset, but the image still read well and carried the same materials from the prior posters. 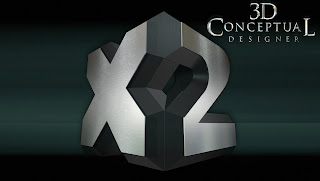 This file took the type from the first design and deleted the box object and did a bit of scale to fit of the two parts to match up. Dark Cast metal inside with bu rushed faces. 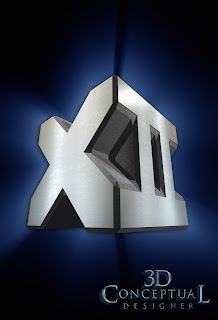 Roman Numerals were next on the plate, but the X and the II read 'twelve' instead of X-3. 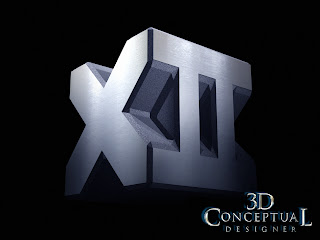 A second type box with the Roman Numeral two.

I had well over 200 logos I did for X-Men 2 from a decade back now, when I was an in-house 3D  Designer over at BLT and Associates, and I have part IV up today that will focus on a sub-segment of ideas that I did for Partner "L", Rick Lynch in having the X, and 2 intersect to create a "box" logo.

It was a heavy metal box as the original doorway was , some parte were flat machined, some cast metal, but all ideas would be used for a teaser posters, and AV trailer ideas we were pitching for the project.

As a 3D Designer, the number of ways to combine two type objects in 3D, are almost endless, so I had a good amount of time exploring in 3D, which most clients do not make time or budget for, and that is the exact time when you make your creative discoveries. BLT always had time to explore, they pushed the design limits on almost everything that I did for them.

I will be posting more solves for X-Men 2 in the weeks that come.

You can view PART I here and PART II here, and PART III here, or you can search the blog using X-Men to see my X-Men 3, and First Class stuff as well.