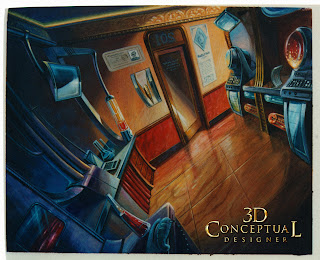 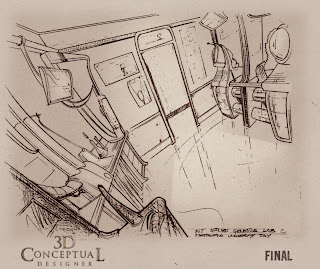 Here is my pencil drawing for The Phantom done at a 16 field Animation Layout Size, for the above painting I designed[ a re-post] 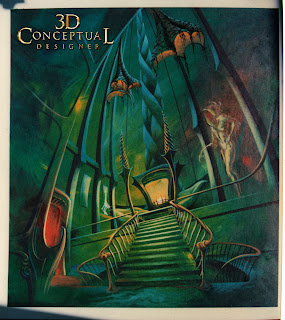 At the top of the One Mile tall Maximum Inc building is where Rebecca Madison had her main office. The layout was stretched even more [ in height]for the final painting done by Jesse M. Santos. 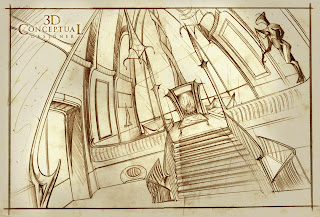 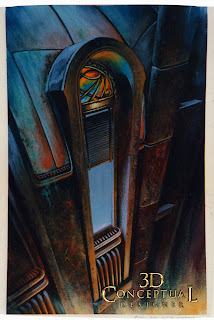 Another Jesse M. Santos painting for the show of the Brownstone outside Kits bedroom. My original background[ which Jesse would redraw] which was to be followed. 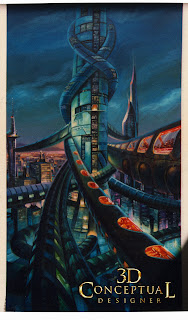 A layout close up on the building was based on the below design as well as my close up city shot here. This was a painting by June Miko as well. 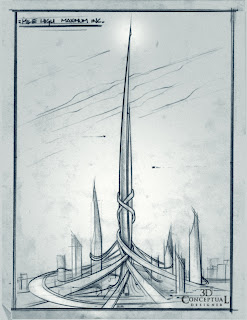 A shot of the Mile tall building design.

Hope you all had a nice long Labor Day weekend!

So today for my regular Tuesday 2D post, I am posting my 110th post covering the Conceptual Design and Art Direction work that I did for the TV animated series, The Phantom 2040 from in the early ninety's, and since I recently found a full set of photos I took back in the 90's of the backgrounds we were using to promote and sell the series, I am posting a few more today.

As Art Director on the show, as well as the Conceptual Designer, I designed most major locations and had the background painters color key all areas for the teams to follow overseas. I basically Art Direct myself, which is a way to get twice the work out of me, just give me two jobs at once and I will tackle both.[ My Producers understood that benefit].

So, I have four more locations typical to the show to review.

Posted above you will see these locations. As for color theory for the show, I used warmer earth tones for the 'good guys', and acidic greens and cools for the 'bad guys'.

I was limited in that I had a very small in-house painting team with our small budget, but we accomplished a great deal in the three years of production anyhow, and that is the design in production I constantly talk about. We Industrial Designers design the systems too, not just the artwork, but it falls on deaf ears, since the artwork is what they want to see, NOT how you got there.