Night at the Museum 2 PART II: The Golden Tablet 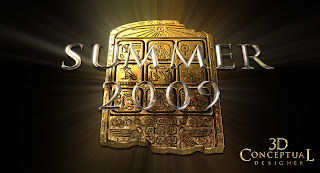 Here is the HD frame from the Motion Graphics piece I designed and built for the advertising pitches for Night at The Museum 2: Escape from the Smithsonian. 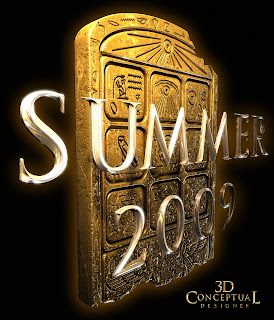 An angled camera shot of that same 3D Scene from above. 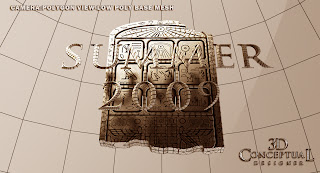 Here is an ambient render showing the base polygon meshes. 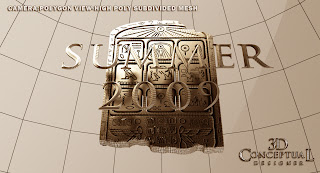 Here are the wires for the subdivided Turbo smoothed object.
[over a few million faces] 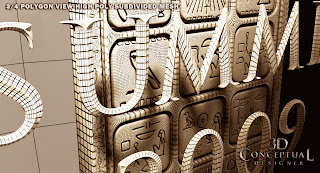 A close up view shows the smoothed mesh details.
[ NOTE the one panel that is double rez had some issues, so for time concerns I smoothed twice] 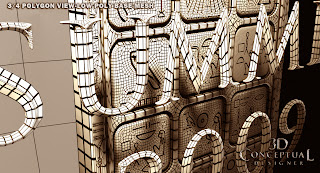 The base poly mesh with the single point beveled type.

Night at the Museum 2
PART II: The Golden Tablet


For my second posting on the 3D Illustration and Motion Graphics Animation work I did for the advertising campaign for the sequel to Night at the Museum, I am focusing on the Mystical Tablet from the film that I built out as a virtual replica for the trailers.

I hand built all splines for the design of the tablet from a few screen grabs we had from the film. I then proceeded to build this all out as a quad model Pro-Boolean, which is available in 3DSmax with the n-Power tool.

This technique allows me to add a Subdivision modifier to add geometry and to soften the sharp edges out to feel more like a molded or cast part. The final Motion Graphic application I did, can be seen in my reel with the central tic-tac-toe panels all able to rotate for effect.

I used the Simbiont Dark Tree procedural bump map to get the Pumice feel to the pits and layers of gold.

You can review PART I here showcasing both films I did work on for the Advertising.