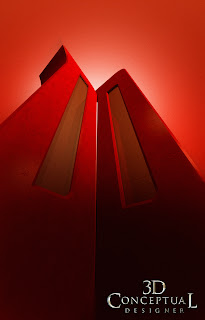 A worms-eye view looking up to the sky at two Iconic D's that form the Double D Icon for the teaser for Daredevil. 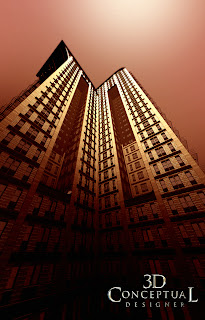 I took this design further and added details with windows, railings, fire escapes, AC units and a building brick exterior for this final pass on Dare Devil back in 2002. 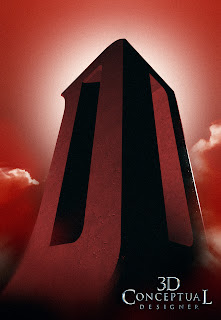 A big floating block with each "D" cut into connecting sides on the block. 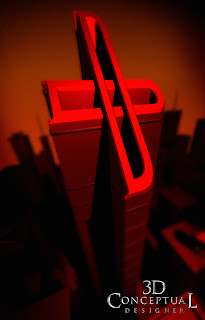 A version where the two D"s crisscross each other to form a Daredevil Icon up high in the sky looking down at the city. 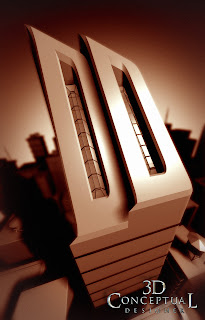 Another down angle comp idea with the top surface of the building,  baloney cut to form a 'knife angle' look to the two D's for Daredevil.


It has been a decade since I worked on this advertising campaign for the film Daredevil, and in this post, my PART III for my work on the project, I have put up a series of 3D illustrations that I did for Art Director Josiah Ludovico at BLT.

His idea was to do a variety of stylized buildings that together form the two D's in the Daredevil Icon with the Double D's. I did a variety of designs, and angles with cross-crossed D's, and parallel ones, and some floating in the clouds[ like I did for World of Tomorrow].

Some were very cartoon-ish and stylized, and some were more realistic. These realistic passes did go the final round, but were passed by for the finals by the client.


You can view:
PART I here.
PART II here.


Cheers, THOM
Posted by 3Dconceptualdesigner at 11:31 AM