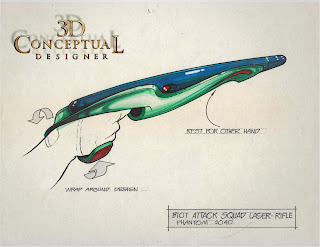 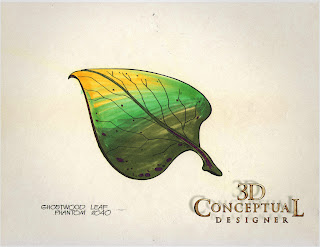 I forgot about the Phantom 'age spots' as we called them on the Ghostwood. I added in a hint of Purple into the Jungle leaves to give a source or origin to why he chose purple in his suit. 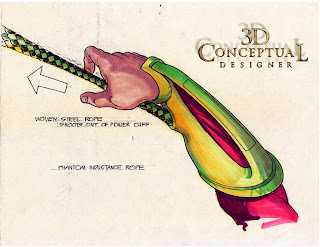 A very early Phantom Cuff design originally had a 'snake eye' cut out to reveal the purple suit through the slot. This cuff shot was for the Day-Glo Lime green Inductive Rope being Color Keyed out. 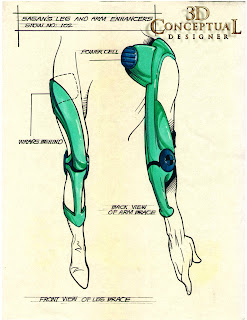 Here we  have some B.I.O.T'ic assisters for Sagan Cruz, for her arms and legs

This is my 99th post for the work I did on the TV show[ Uno Mas to 100!], The Phantom 2040 from in the early ninety's, and I have posted a few more of the color keys that I did for a variety of props here today.

I was trained in their Automotive Design program in the late 80's and early 90's during the Pre-Computer rendering era at Art Center, and our primary fast color work was done with markers, chalk, and colored pencils, [ with a touch of Gouache'], so this is how I keyed the colors for the show since we were not using traditional painting of the cells for our production, but the then new, digital ink-n-paint , as this was very early on in 93'.