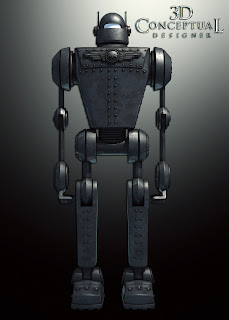 A Direct graphic Front view of the main robot from Sky Captain and the World of Tomorrow. 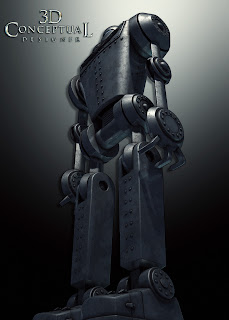 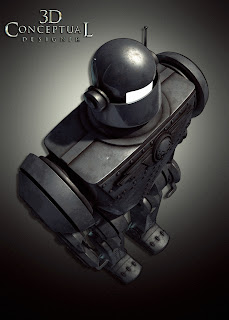 A Bird's Eye view looking down to the ground on this massive robot from Sky Captain and the World of Tomorrow from back in 02'. 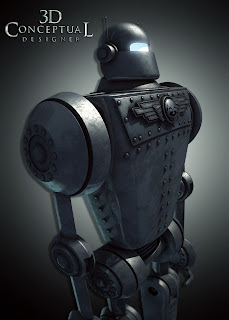 A 3/4 view at head height for a comp with the P-40 flying by the face attacking. 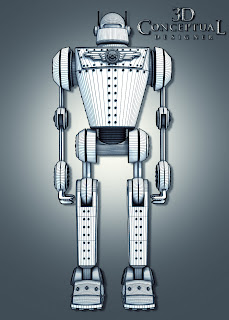 A Direct front view of the main robot for World of Tomorrow that I built for the movie posters back in 2002 before the CG from the film was done. 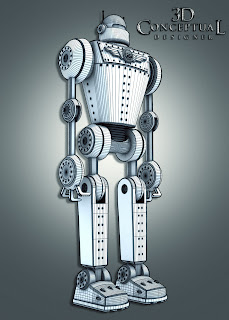 A Polygon view showing the model I built for this 3/4 side angle for Sky Captain. 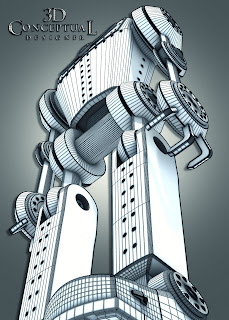 This view shows the details I built out on the feet.

This is my fourth posting on the 3D illustration [ and a bit of Motion Graphics] work that I performed when I was in-house as the 3D designer over at BLT and Associates in Hollywood, CA, for the film World of Tomorrow[ Sky Captain].

Today I am focusing on the main Robot I built out prior to the film having CG yet. Often I get a concept sketch and need to build out a 3D model based on a sketch, so I am not working form a finished refined CG model but a concept so I have to interpret the sketched design into reality[ virtual though it is]

So for Sky Captain and the World of Tomorrow, I built out the main robot from a blueprint given to us by the creators. It was used in multiple Movie Poster Designs that I did at BLT and Associates back in 2002 a decade back now.

You can see the other posts quickly below in these links:
PART I
PART II
PART III