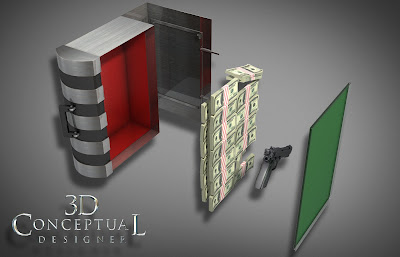 Here is the exploded view showing the elements I built for the case from The Bourne Identity in 2002. 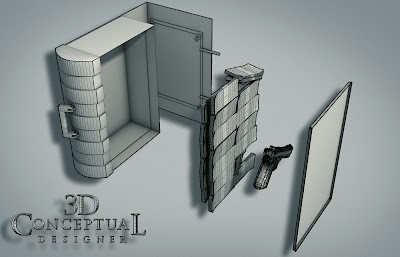 The above image in primer showing complexity of the modeling. 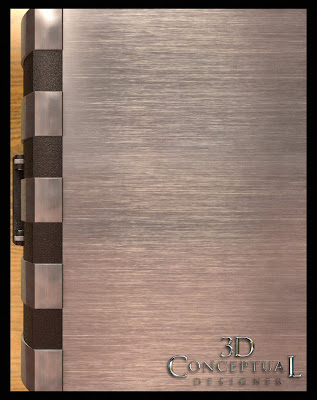 The Case fully closed for Jason Bournes Identity Kit from the Swiss Bank used as the top cover art. 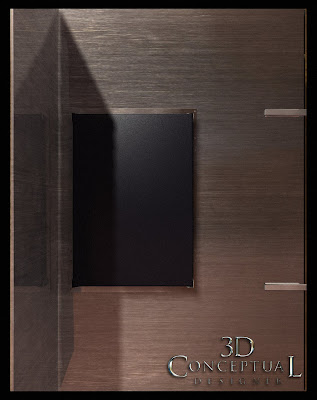 The Lid turned over with a DVD i inset in the cover. 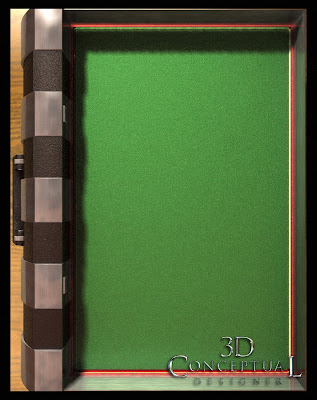 Right inside there was a plastic tray with a green felt lining on the bottom as shown for this layer. 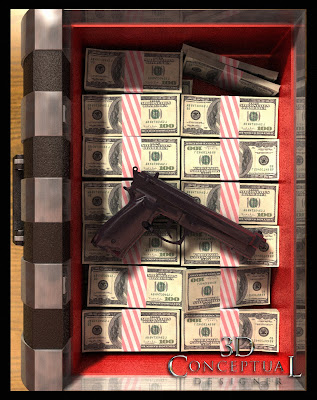 The bottom of the case held the cash and firearm.

While running my small 3D department at BLT in 2002, I was tasked with doing a DVD case design based on a prop for the first film, The Bourne Identity in a series of films.

In the film when the main character finds out who he is there is a custom case he finds at a Swiss bank and I needed to replicate that case. We had no assets for the film so I walked over to the then brand new Arc-light Theater in Hollywood and watched the film so I could get the design for this case.

I rendered it out in multiple layers so we could have each fold of the package have a level going down to the bottom filled with cash and the Beretta firearm.

A quick one day project, but loads of fun to do!
Cheers, THOM
Posted by 3Dconceptualdesigner at 1:30 PM