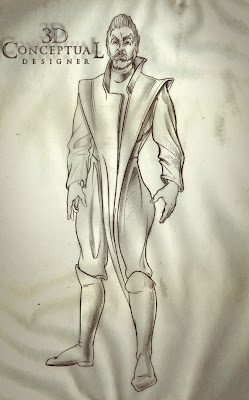 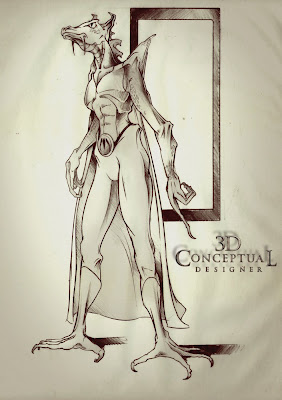 Ming the Merciless as a full on Lizard man.[ we went more human in the end] 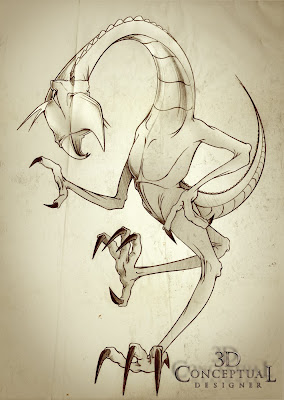 A Bird Beast I designed as a secondary character for the series. 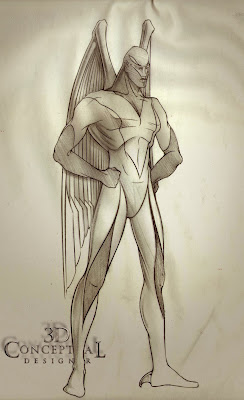 The Price of the Hawk Men is shown here. 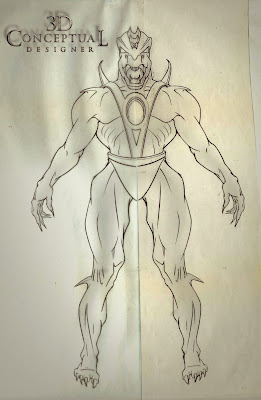 A Bodyguard for Ming the Merciless from The animated series The New Adventures of Flash Gordon from 1996.

In this sixth installment on the work I performed on the Television Series The New Adventures of Flash Gordon for Hearst Animation Productions back in the mid 90's while I was overseeing the final episodes of The Phantom 2040 finish up.

Today, I focus on more characters I designed and worked out for the series above. You will see both secondary and primary characters, though most main players were devloped much further once we hired in Nick Pugh to push them more and more, which he did an amazing job.

PART V: here.
Posted by 3Dconceptualdesigner at 10:21 AM