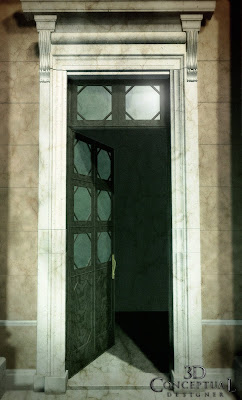 I built out the entryway to the Mansion in Gosford Park for a comp idea for a Poster. 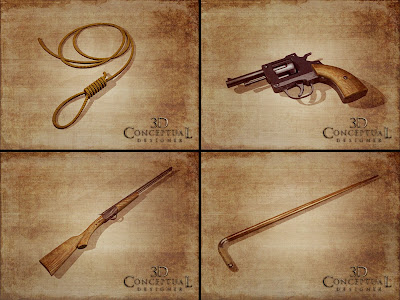 Four Trinket Cards given away at the Premier Party for Gosford Park, used for a Boardgame handout. 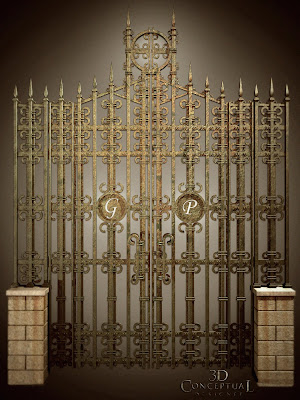 An entryway gate with the "GP" cut into the iron. This was used as a fold open packaging design so I rendered both sides for the package. 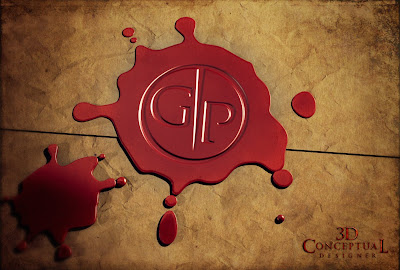 A "blood red" wax seal on a letter built in 3D. I did a dozen samples with various icons pressed into the 3D wax for Gosford Park. 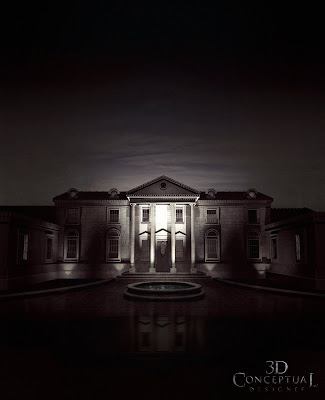 A monochromatic Mansion that was used for an all type comp idea early on. This item, had a three hour deadline to build and design a typical mansion, so I had to move super fast on this one so we went with iconic lighting to have less details needed so we could make the deadline.

This is an early post, of 3D Illustration I did ten years back in 2001 while working in-house at BLT and Associates for the film advertising campaign for Gosford Park. This was an early project for me, and for this one the majority of the the labor was going to 3D Illustrations and no logos, though I did a series of the wax seals with the "GP" in them as a secondary mark.

As with most Theatrical advertising, the deadlines are very fast with turn arounds of less than 24 hours for many requests, so you need to learn fast to work even quicker to get the work acceptable within a short time span. I built a mansion , the iron entry gate, the front door and a few other areas, as well as a full series of playing cards for the Premiere party with various objects used in the Murders. A very fun project to work on.
Cheers, THOM
Posted by 3Dconceptualdesigner at 10:26 AM