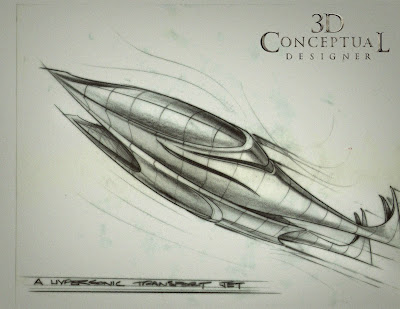 I was inspired by dual hull boats for this flying vehicle design I did for The Phantom. 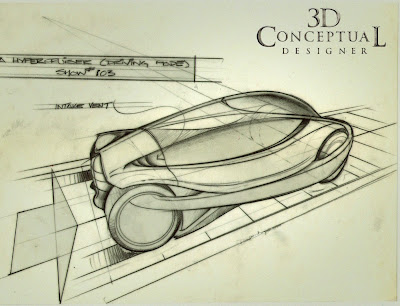 A concept vehicle using the wrapping and interlocking shaped in the design from the show visual theme book. 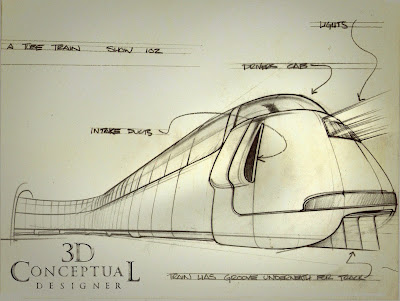 A second concept for a Tube Train which ran in the vine-like freeways that wrap the city. 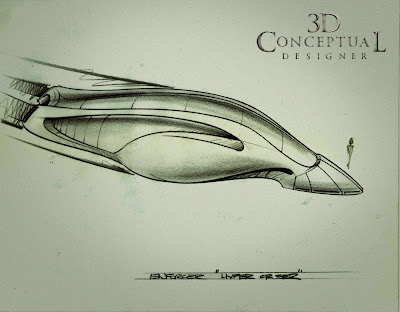 A hypercruiser concept piece from Phantom 2040 from 1992. 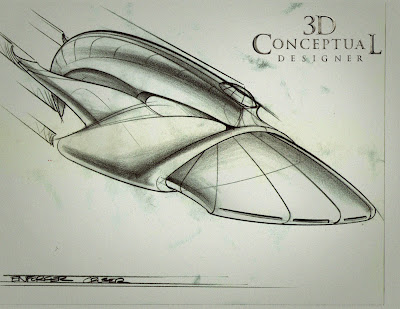 In this 54th post on "The Phantom 2040" television Animation Series I have put up some more of the concept vehicles I designed for the series. The city was inhabited so I designed about 30 or so vehicles for the 52 episodes that aired on ABC.

As the Conceptual Design/Art Director for this Animated Series, I was responsible for the look, and as an Art Center Trans major doing the vehicles was the icing on the cake of a great experience I was fortunate enough to have here in Hollywood back almost 17 years back now.

As to the sketches you will notice I put lines around the forms to help the animators understand the shapes better. Complex forms can be understood in dimension with some profile lines cut through the forms as a guide.
Cheers, THOM
Posted by 3Dconceptualdesigner at 1:49 PM