Project Review: Lord of the Rings 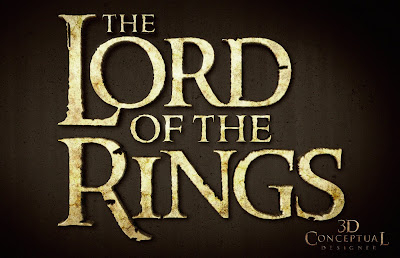 I used a Simbiont Procedural map for a displacement to get the severe pitting here on this plate type.

A two line variation with a simple extrusion and light bevel. 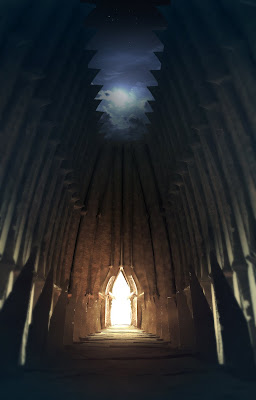 A graphic view interior set piece I built for a comp idea. 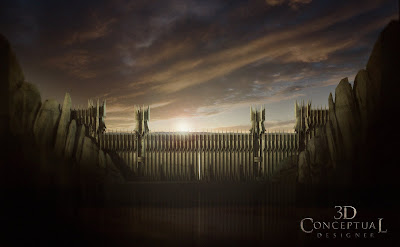 A made a poster width gate shot for a few comp ideas that was filled with a CGI army. 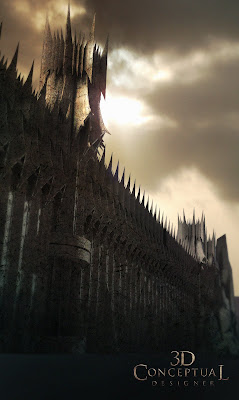 An alternate view of the gate for another poster idea.

I did a small amount of 3D Illustration work for two of the three film ad campaigns for the Trilogy, The Lord of the Rings, back in both the fall of 2001, and of 2003.

Early on I did a few 3D extruded logos in various materials. Back in 2001 I had not developed the technique to effectively do a single point bevel so this type did not get that treatment which it was made for.

For the Return of the King, I did more set pieces with the castle wall you see above, and a few interiors as well. A day or two of work at most, but fun stuff to work on.
Cheers, THOM
Posted by 3Dconceptualdesigner at 10:53 AM