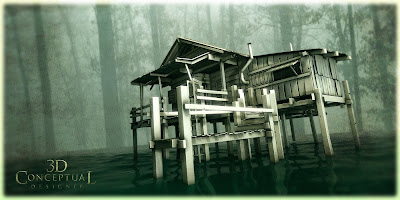 Recently I built a Cajun Swamphouse [ buy it on Turbosquid!] that was influenced by this story Gumboman from Novel Comics. 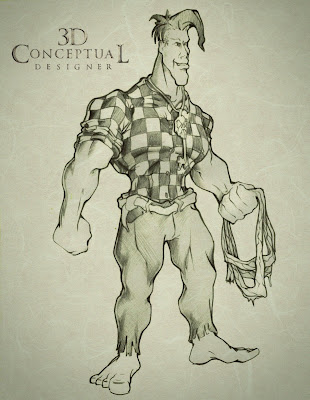 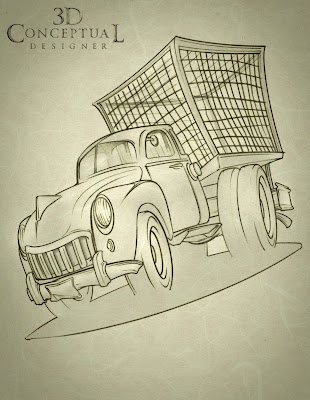 A Swamp truck from the project. 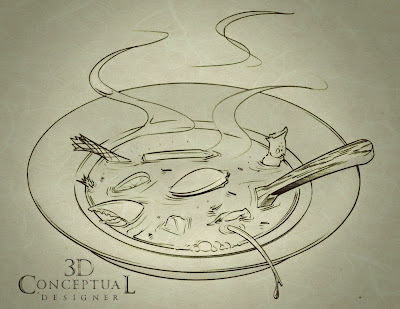 A yummy bowl of Gumbo! 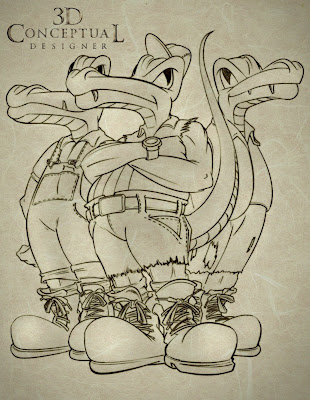 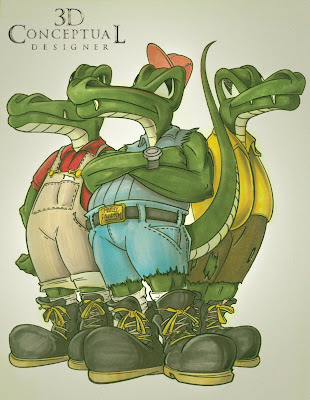 A Color Key I did of the Gator Boys. 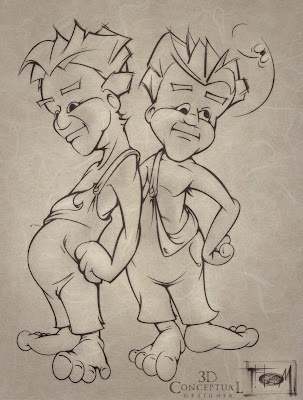 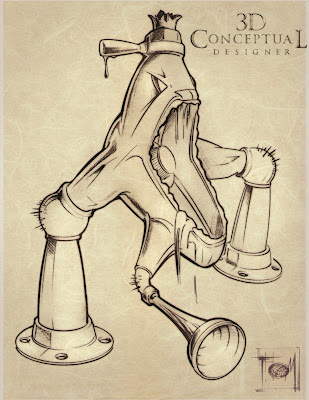 A Demonic Urinal. Imagine that coming your way, Yikes! 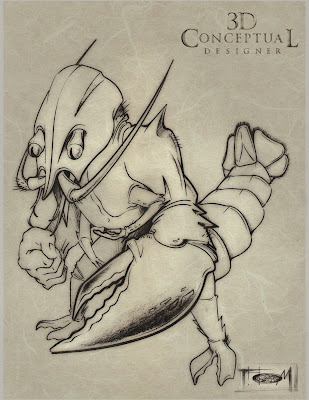 Half Man and Half Crawfish! 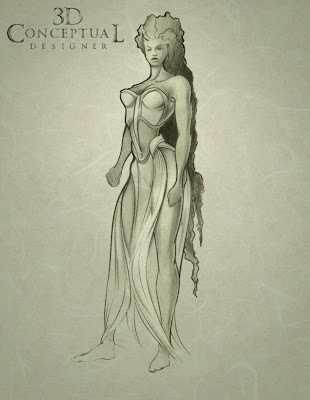 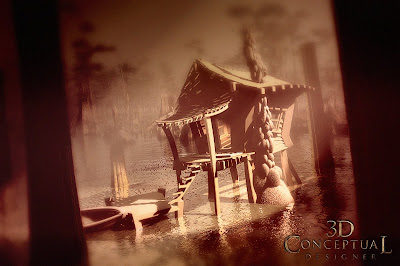 An old Gumbo shack I did back almost a decade ago as a test in the first 3DS max in 1995.

Back in the mid nineties when I was full time at Hearst Animation Productions working on The Phantom 2040, and The New Adventures of Flash Gordon, I met and worked with Bryan Thompson who worked at Hearst with me. He wrote a great treatment for his original story GumboMan, and after reading it I wanted to do some visuals for the story.

After leaving Hearst I helped Bryan out with visuals for the project with some preliminary character concept sketchs and some various vehicles to support the project that you see above. Brian has a company called Novel Comics that he does all his story work out of as a freelance writer in Hollywood CA.

A very fun project that took place in the swamp, and I return to the swamp house theme in my 3D as seen above with the model I sell of the Cajun Swamphouse on TurboSquid[ link on sidebar>>].
Posted by 3Dconceptualdesigner at 10:22 AM