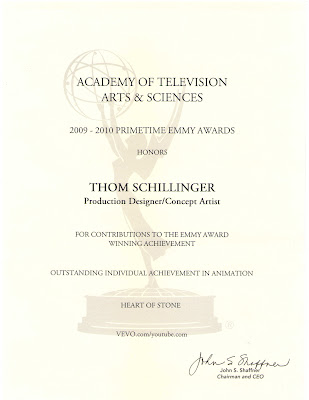 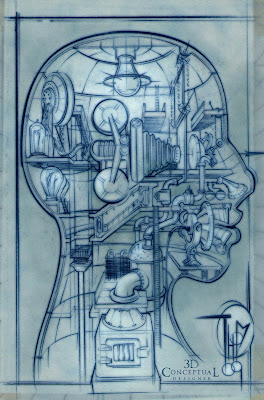 A Re-Posting of the first sketch I did for the project[ my favorite!] 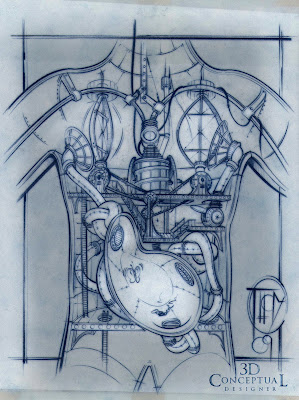 Another Re-Post of the Lungs without and steam to keep them running sketch I did.


I posted the sketches originally on the blog, about one year back here, and this week I recieved this in the mail. Chris Do, won the Emmy for Art Direction for the Music Video, but theose who helped, also recieved a certificate of Honors as I have scanned above, and just found out about.

I love Steampunk design and Jules Verne looking concepts , so to be able to design these sets for the production was an honor for me. I love the sketch jobs which are fewer and fewer with the majority of my work being 3D Illustrations, and the subject matter for them was a joy to do.

Details are over on Blinds website below:
http://www.blind.com/work/directors/chris-do/heart-of-stone/
Posted by 3Dconceptualdesigner at 11:54 AM