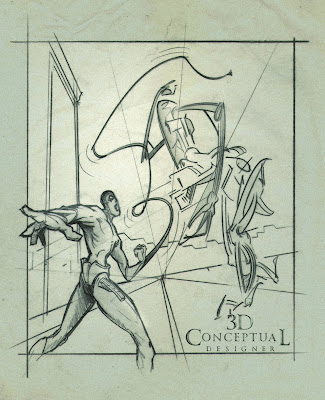 The original Rough for The Promo Poster for The Phantom against Grafton! 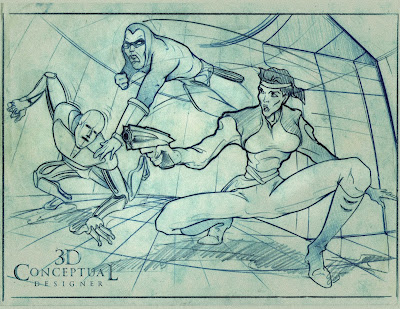 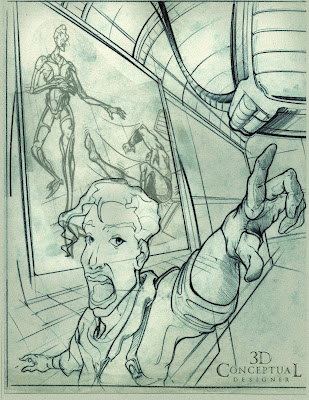 Sparks, the Kid Computer Genius with Sean One on the Rear Monitor. 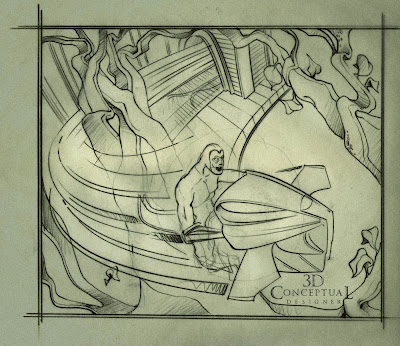 The Phantom on his Hyper cycle leaving The Lair! 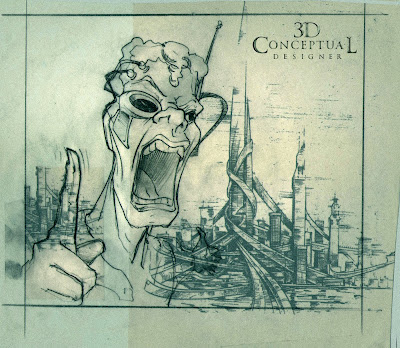 In this 50th post on "The Phantom 2040" television Animation Series from the mid 90's that I had the privilege of working on for almost 3 years, I have posted original sketch concepts for the series I did in 1993.

One of the first orders of business for me to design, was to finish out our promotional booklet for the show, in order to sell it to the networks, and toy company. Many folks do not know is that it is a dual sell simultaneously, in that without a toy line, you will NOT sell the show, and without a show Mattel would not do the toys, so Mattel was an integral part of the project getting the green light.

Above you will find my first draft roughs for a few of the main promotional images done. Once they were approved we had out in-house painters in backgrounds paint them up to my layouts, and our character team did the ink and paint on cels[ Yes Real Cels!] for the finals.
Cheers, THOM

Posted by 3Dconceptualdesigner at 12:15 PM