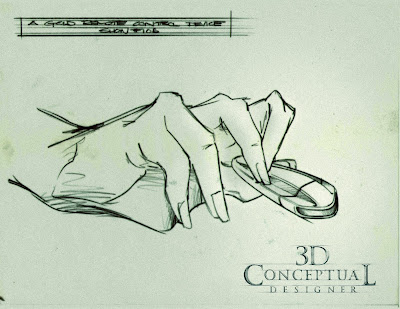 A Tiny Remote Control Prop I designed for Phantom 2040. 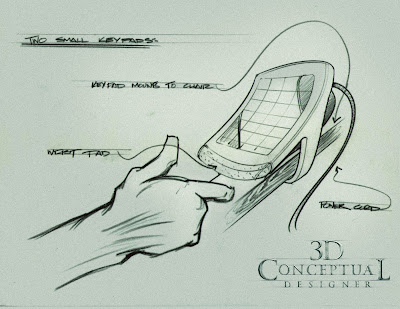 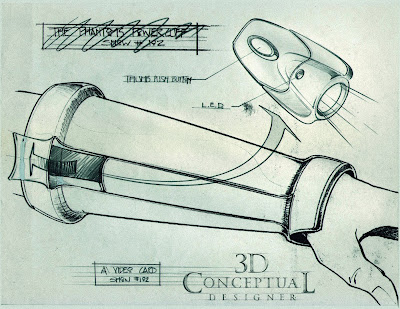 A Small Video Card from The Phantoms PowerCuff. 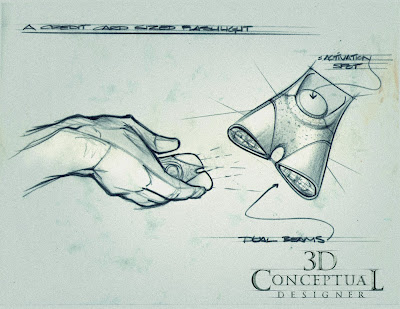 Inspired by a Bikini Bottom, I designed a Dual Headlight Mini Lite, Fun! 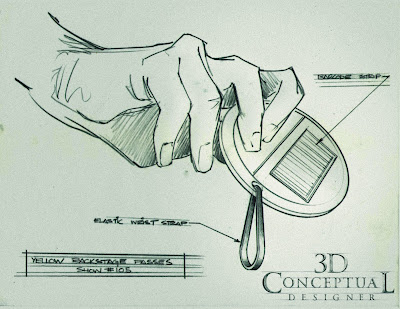 In this 49th post on "The Phantom 2040" television Animation Series from the mid 90's, I am posting some more of the smaller hand held props that were done for each show.

Part of designing an entire world included all the small gadgets and t items that were key points in the script and were usually a close up shot so a detailed design was needed since we highlighted technology in the series as a general rule.

Above you will see a variety of smaller items including a keypad that mounts to an antique chair for Aunt Heloise to use while she recovered from the Hospital, as well as a few of the Phantoms Power-Cuff props and flashlights.

Even when the product is a small light I had a lot of fun with it I did what we learned in Transportation design and did some complex surfaces with good highlight areas and incorporated some fun shapes in there as well. I always "Enjoyed the little things Rule #26".
Cheers, THOM

Posted by 3Dconceptualdesigner at 9:47 AM