Behind the Art: 3D Modeled Crests and Badges 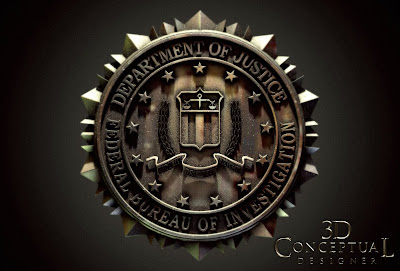 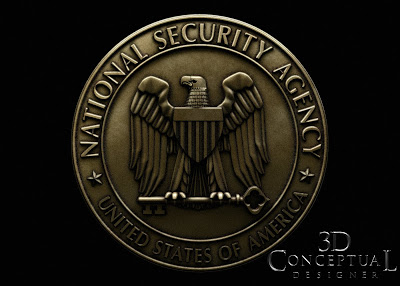 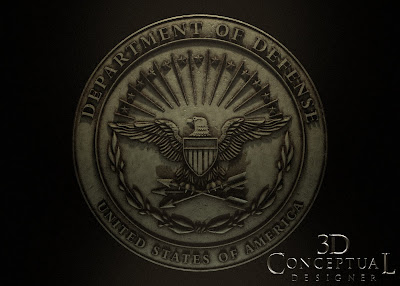 A 3D D.O.D. Crest I built in 3D for a few Poster Ideas at The Cimarron Group. 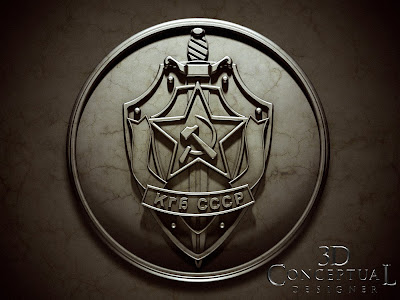 A 3D KGB Crest "Pin" Done for SALT Comps a few years back. 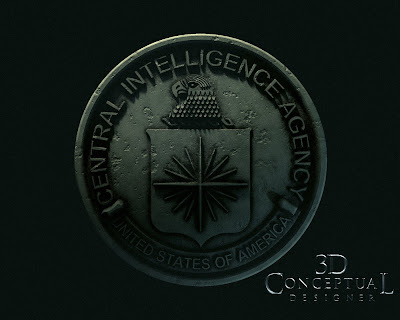 A C.I.A. Logo Crest I did f that was used on Syriana and Splinter Cell Comps. 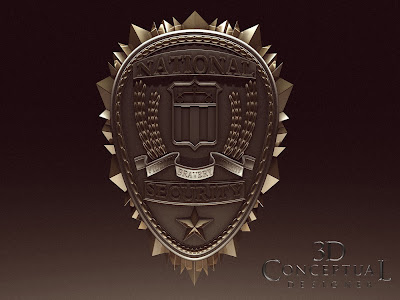 A Badge for National Security" . 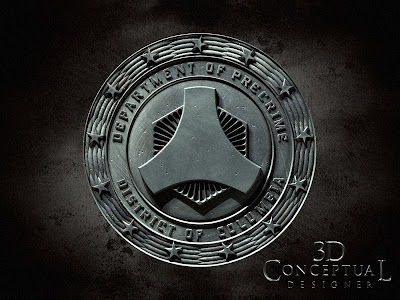 The final Minority Report Badge Design Used for the Posters. 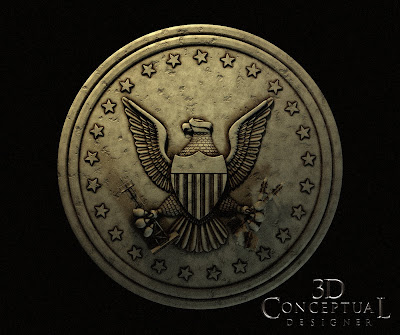 A custom Icon with blinders and Weapons and Oil in the claws done for Syriana.

BADGES and CRESTS!
Over the last few years I have had to build out quite a few badges or Crests for various Film Posters and Movie Trailers, so I am posting a collection of 3D Modeled Badges and Crests that I have done in the last 6 to 7 years for various clients.

I always enjoy designing a new crest or badge, or interpreting an existing 2D design like a DOD or N.S.A. crest into a dimensional sculpture. My first was the Minority Report Badge that Tom Cruise wore in the film and it was used for the Teaser Poster for the film here.

Most of these badges and crests are available online at TurboSquid, and still sold through my old employer The Cimarron Group in Hollywood CA here.
Enjoy!

Cheers, THOM
Posted by 3Dconceptualdesigner at 9:42 AM