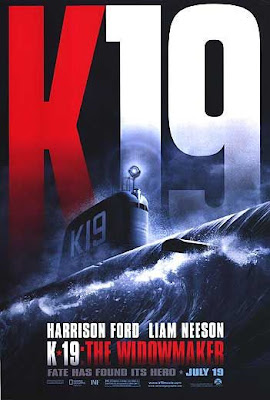 The Final Finished Teaser One Sheet Designed by Art Director Josiah Ludovico with my 3D Illustration of the Submarine K-19. 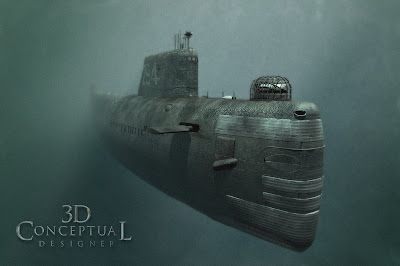 I built out a 3D Illustration of the K-19 Russian Submarine for the film advertising. 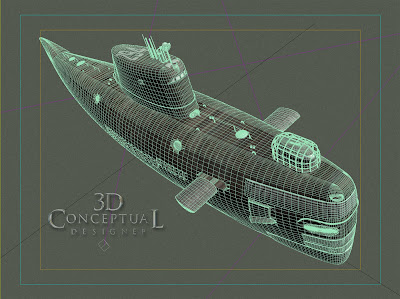 A Screen Cap of the Model I built of the Submarine for the various Comp Ideas. 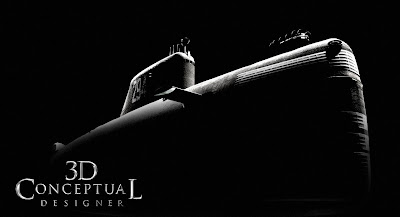 There was a full set of Propaganda styled graphic teasers and so I rendered the 3D Submarine as a graphic in 3DS Max using high contrast lighting. 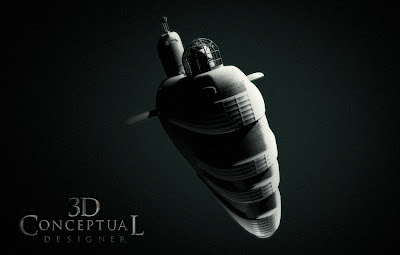 A Graphic nose render of the K-19.

I did a few variations for Art Director Josiah Ludovico with type projected on the body side of the Submarine.

An alternate version of the K-19 with nineteen hash marks on the side. 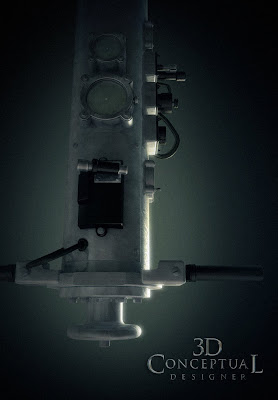 I did two variations of the Periscope Model for the Close Up on Harrison Ford, this is the straight angled one. 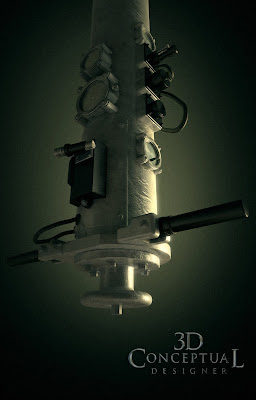 The second variation of the Periscope Model for the Close Up on Harrison Ford, this is the up angled one. 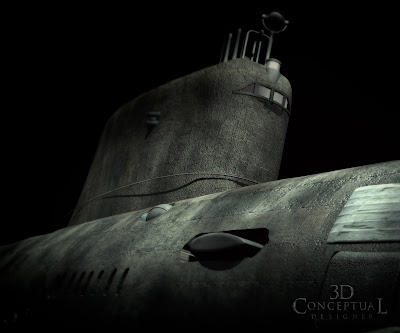 A close Up for a comp I did for Art Director Jeff Barnett.

When I was first hired at BLT and Associates, they had used a freelance artist to help out with the occasional 3D Logo and the pinnacle of this was the Tomb Raider Logo that was done for them right before I arived. X-Men one was a 2D Logo and predates us both.

They understood 3D as a tool for creating dimensional type, but full 3D illustration was not something they had used yet. When K-19 came in I had a bit of down time and took it upon myself to build the Sub itself, and as it was a unique Submarine normally not seen in film, I custom Modeled one in a day for them. When Clive saw this, he instantly "got" exactly what I do and how to use me, as his first though was I had a frame from the film.

So in the above images you will find the various ways we rendered out the Submarine K-19 as a photographic look, and we did a lot of stylized silhouette versions, with type projected right on the sub itself. I also did the main periscope as we had an international poster that had Harrison Fords face right next to the Periscope and the film shots were too small in resolution, and the angle and lighting was off for printing, and re-touching would take days so I built a 3D Illustration for them as well.

The Sub Illustration finished with the talented Josiah Ludovico in Theatrical Print.

Later this week I will post part two with the various type treatments I did for the film advertising as well.
Cheers, THOM
Posted by 3Dconceptualdesigner at 9:21 AM