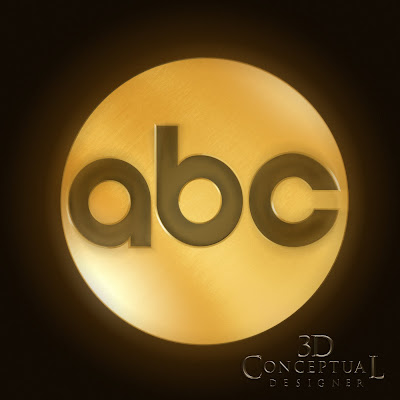 A Gold 3D version of the Iconic ABC Logo. 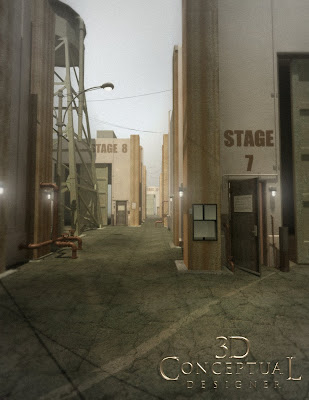 A Backstage Set I built for Print advertising for ABC. 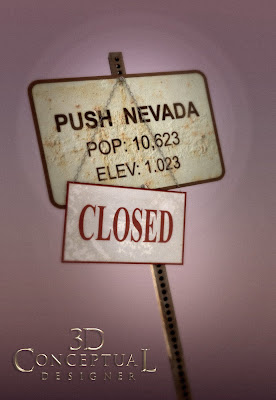 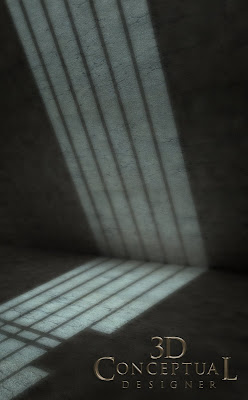 A Dark Jail Cell for a Poster Comp for the Show, The Practice. 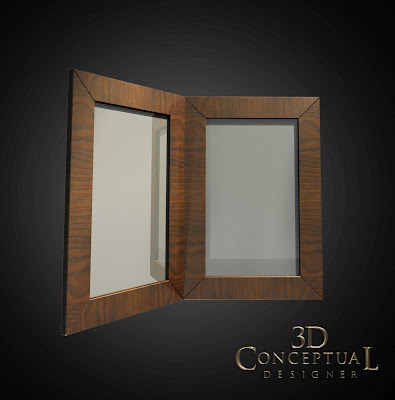 A Small Prop I built of a 3D Picture frame. 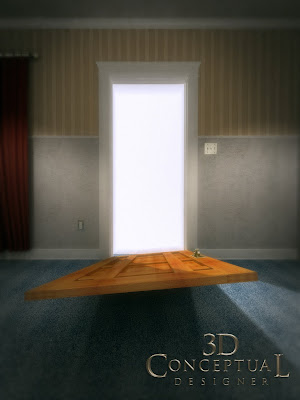 A Busted down door Virtual Set for the show, Regular Joe. 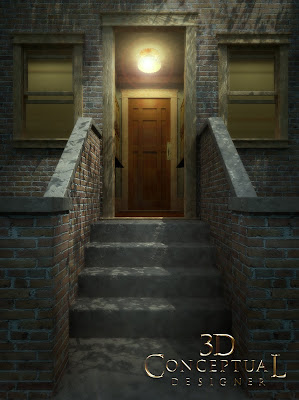 A Front Porch Virtual Set at Night for Regular Joe as well. 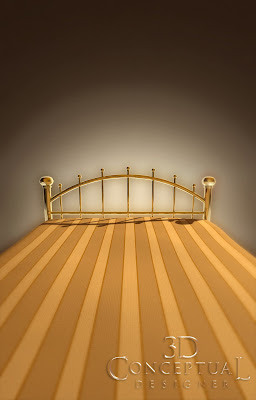 A POV shot of a brass bed done for ABC. 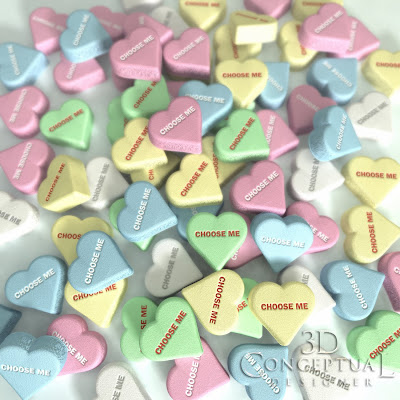 For the Bachelor a pile of Heart Candy with the phrase "Choose me" as a Semi-Photo real 3D Illustration.

While running the 3D department at BLT and Associates I provided 3D Illustration and 3D Logo services for the Television division of ABC. I worked on a number of shows and specials, and I even got to take a stab at the Circle Logo in Gold they had a few years back.

I worked on the AMA Awards, Regular Joe, Push Nevada, The Practice,The Bachelor, The Drew Carey Show, and Who Wants to be a Millionaire.

I did a lot of virtual sets as backdrops for the photography to be placed in for the various comp ideas I was given by the Creative Directors. What was nice was every week there was a different place to build in 3D for some new show, so the variety in design was broad.
Cheers, THOM
Posted by 3Dconceptualdesigner at 11:42 AM