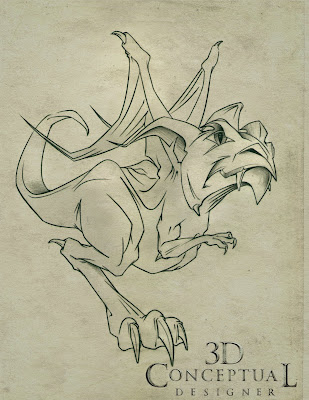 An early concept design character sketch that was sharp and spiney. 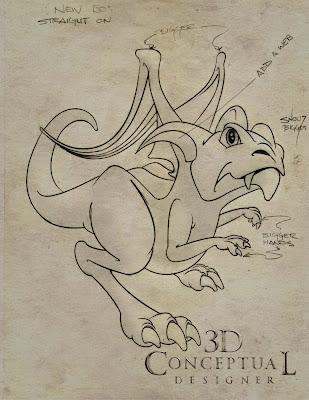 A softened version of the above design with some notes for revisions I took for SEGA. 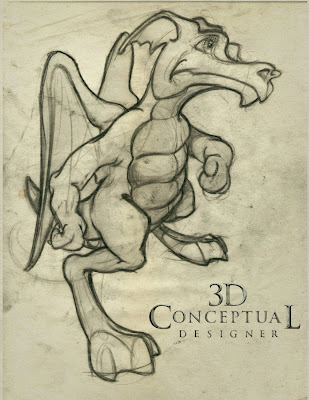 I blocked out the next level as a rough first as the budget was cut again. 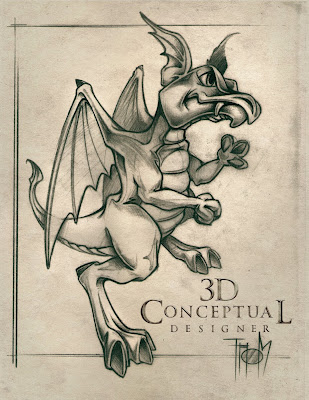 After my days working at Hearst Animation from 1993-1995, I moved into digital media and I was introduced to SEGA Interactive in Diamond Bar CA. by Rachel Coleman whom I knew when I was at Art Center and she was working there and recommended me for various design jobs.

For this next job, CHAR was the concept for a Baby Dragon and they needed some designs done for the main character, so I did a small series of sketches that you see posted above. It was a small one day job with the above revisions all the way to the final design to present.

I never did another job for Sega after this so I am unsure what happened to the product or design. I know the offices closed here in LA and it took over 6 months to get paid. Not a good client at the time, not sure what they do today as it has been over 15 years since I did this work.

Cheers, THOM
Posted by 3Dconceptualdesigner at 8:50 AM