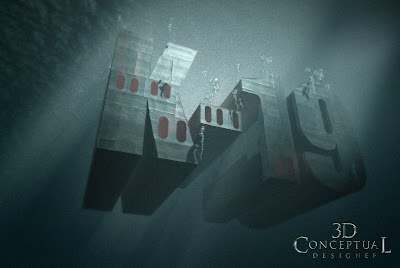 We started with a concept of a big "Ben Hur" sized logo built out of Submarine parts and rivets. 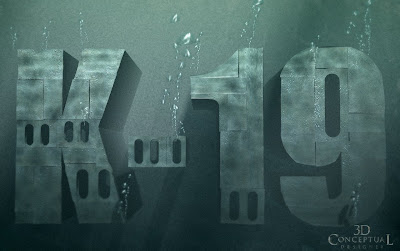 A straight on shot of the "Ben Hur" sized logo built out of Submarine parts. 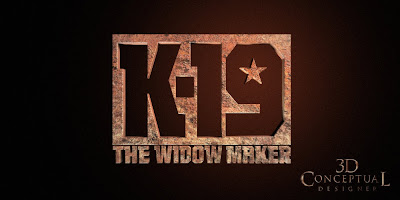 A Logo using the texture map used o the K-19 Itself. 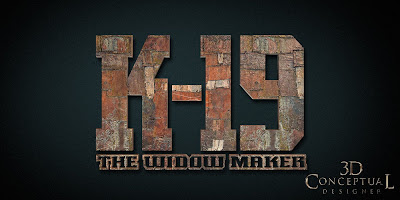 A Rustic and tattered metal Logo. 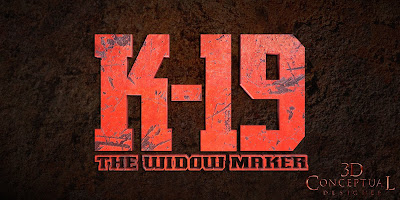 In this weeks second posting for K-19 I am posting some of the 3D logo treatments that we explored for the film in Theatrical Advertising.

After building out the K-19 Russian Nuclear Submarine for the Posters, I did a series of 3D Logos for the Poster Comp Ideas as well. I did about two dozen and I have posted a sampling of what was shown. The fonts were pieced and given to me as an Illustrator file, and I built each one out in 3D with a variety of marine lighting and rusted metal and Iron texturing.

We did go in a direction where I built out the letters out of sub parts and added in some volumetric lighting for an underwater feel,a s well as rivets and bubbles.

A great project and one of my first poster finishes at BLT during my time there.
Cheers, THOM
Posted by 3Dconceptualdesigner at 8:14 AM