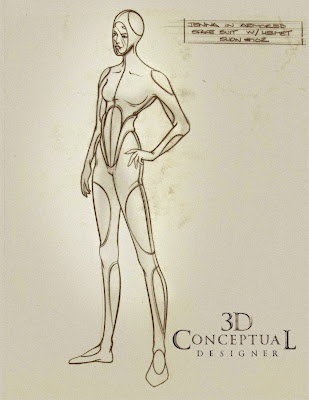 Jenna was one of Kit Walkers Collage buddies in the Series and this was a Female Version of the spacesuit I designed for the show. 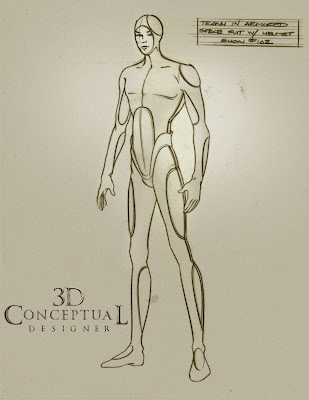 Trahn was another of Kit Walkers Collage buddies in the Series and this was a Male Version of the spacesuit. 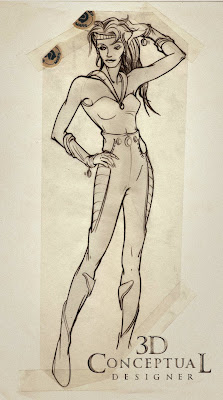 A Girl interacts with Kit Walker[ AKA The Phantom] at a Dance Club in the opening shows, and I designed the fashions she wore on a Character Designed by Paula LaFonde. 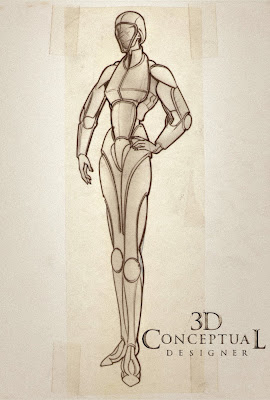 Sagan Cruz, the main Enforcer who worked with The Phantom in the series also had a Lighter version of Armor she could wear in a Hypercruiser[ Less Like a Big Robo-cop Armor suit as seen here]

In this 48th post on "The Phantom 2040" television Animation Series from the mid 90's, I am posting some Fashion Designs I did for some of the characters in the series.

Part of designing an entire world included various fashions for the characters to change into from show to show like you would find in a TV sitcom. Most Animation series have only one or two changes, but we did about 6-8 for each main character for the show so I had to create Fashion Themes that would fit into the "Tall and Thin", "Wrapping and Interlocking" look in this Art Nouveau world of The Phantom.
Enjoy!