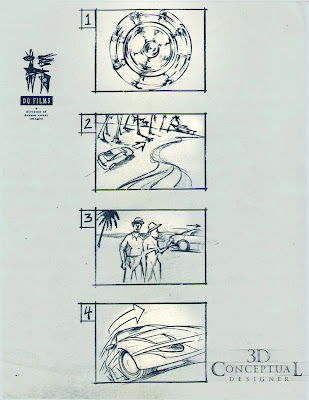 The spot opens on the spinning Captains Wheel, and we find ourselves on Gilligan's Island! 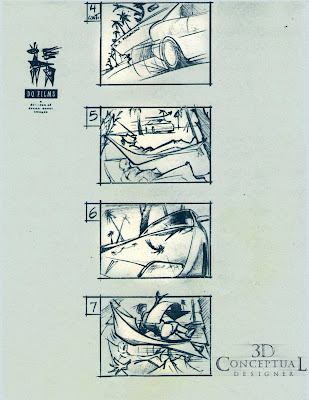 The Sunfire scoots across the sand past the wrecked Minnow and wakes up the Skipper and his little buddy. 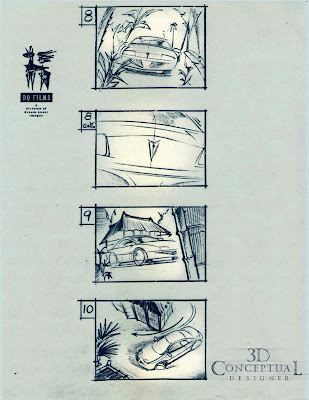 The Pontiac then makes it's way into the area with the bamboo huts. 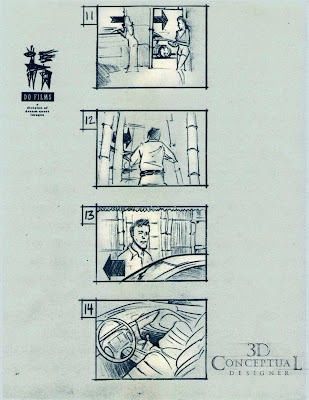 Ginger and Maryanne look out at the car as well as The Professor... 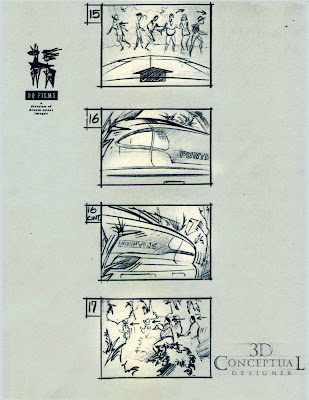 They dance thinking they are RESCUED, and then chase the car. 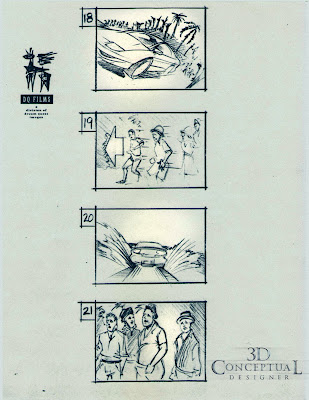 The car drives through the jungle and drives out to sea on the water... 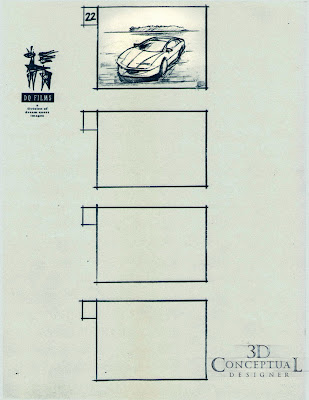 The spot ends with the car on a nearby beach with the iconic island in the background reflecting in the car as the beauty shot.

After leaving ZEN Entertainment, I went back to freelancing for a while. In the past I had done work for Dreamquest Images in Simi Valley that was absorbed by Disney and they spun off a Design firm in Santa Monica called DQ Films, and I did both Storyboards, and visual effects [ VFX] for various car commercials.

For the Pontiac project they were taking existing footage from the late 60's early 70's television show Gilligan's Island, and having the Sunfire drive though the scenes from the show. We had to source the footage first and apply it to the script. We were obviously limited as there was only so much footage of the show, but with the A+ team in VFX, they were able to integrate the Sunfire perfectly.
Cheers, THOM
Posted by 3Dconceptualdesigner at 10:39 AM