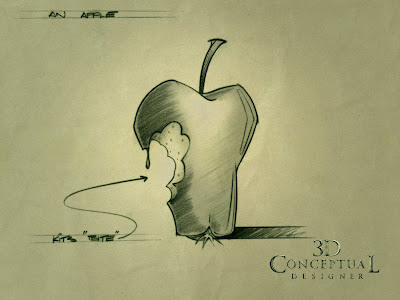 A tall and Thin stylized Apple used as a Prop in the Animated Series. 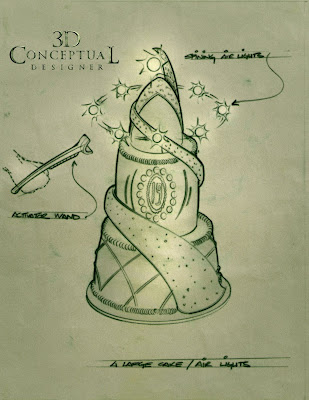 For the Cake Prop I also added the wrapping and interlocking "vine" like shapes around the cake which was the theme used for the freeways wrapping the city buildings as a metaphor to the Ghost Jungle Vines. 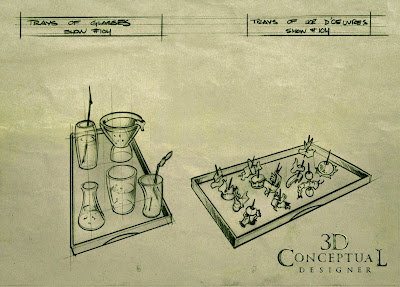 A B.I.O.T would serve these drinks and delicacies to guests. 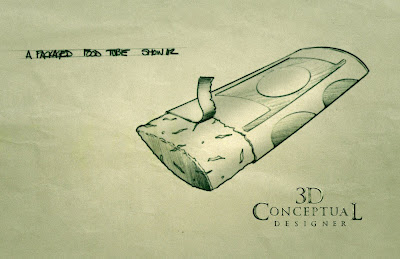 A tall and thin food tube which came out a vending machine in the first show. 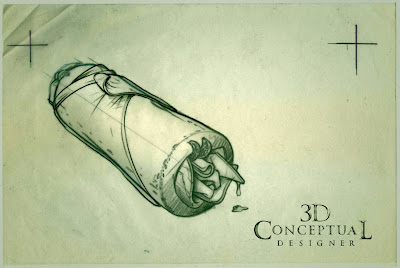 And my favorite , a Calamari Burrito!

In this 44th post on, Hearst Animations, "The Phantom 2040", I have posted some of the smaller props I d4esigned as food in the show.

When designing an entire futuristic world everything is designed to look like it fits in that world, and food was part of the design package.

As Art Director for the Television series, I came up with a tall and thin artistic theme that would work well with the Peter Chung characters we had designed that were 12 heads tall and gaunt or super thin, so it was natural to put these characters into a world that was stretched in height. We often talked of the analogy when you watch the credits on an old Cinema-Scope film on TV that they tend to squish the text in and all the people look super tall. This was the look we wanted stylized.

So the simple little food items lika an apple had to be a tall or thin looking apple and not round. You can view a few samples of items I designed for the series of 56 episodes above.