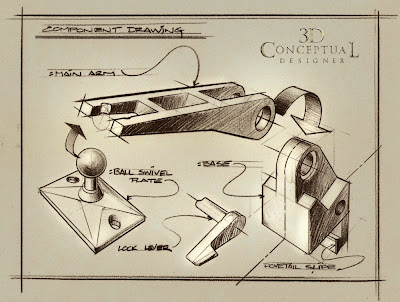 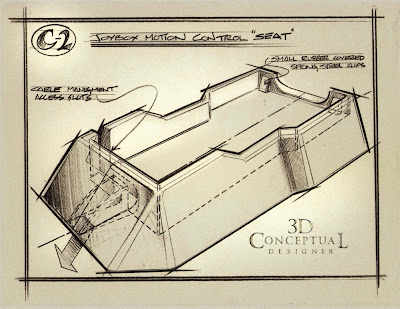 The Hand Scanner needed a custom built Cradle to sit into. 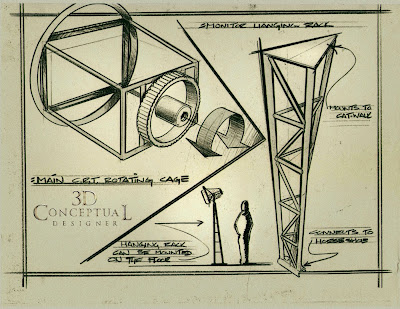 A Recurring Theme in the Design was the Powder Coated Truss that is used . 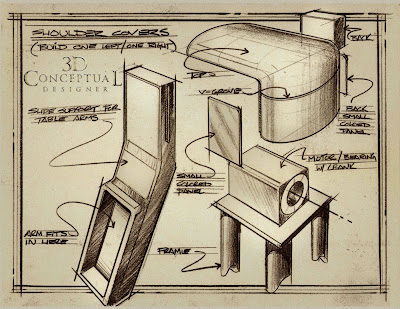 For The final Design these were the pivot covers for the main CRT. 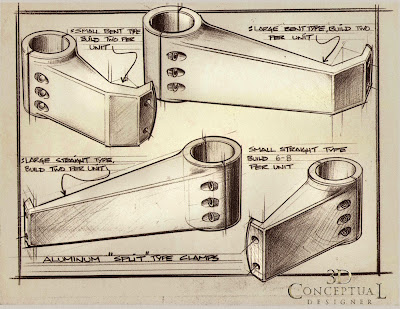 Before I was working full-time in 2D television animation I had a one month gig to work out at Eric Allard's All Effects in the Valley on the Out-Takes project as can be reviewed in the first post HERE.

Out-Takes was a blue screen photography studio at Universal's City Walk Outdoor Mall in California, and this second post covers the parts drawing that were needed to build two of these tables. As a designer vs. an Illustrator we need to be able to build what we design so parts drawings are always a part of the job when you have an outside team doing the construction. When I build my own designs part breakdowns are usually not needed , at least to such a degree as needed with outside builders, so that is one more area where the client saves time and money with a designer builder combo.
Cheers, THOM
Posted by 3Dconceptualdesigner at 10:05 AM