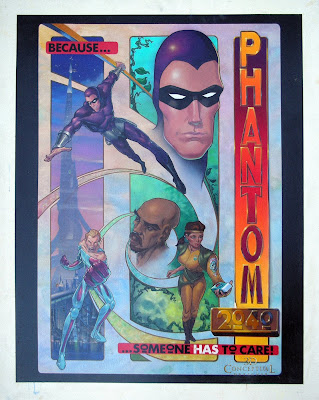 The Final Painting Done by Bill Dely for the Phantom 2040 Series. 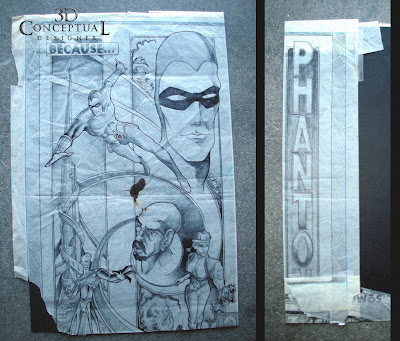 The Full Layout sketch for the poster. 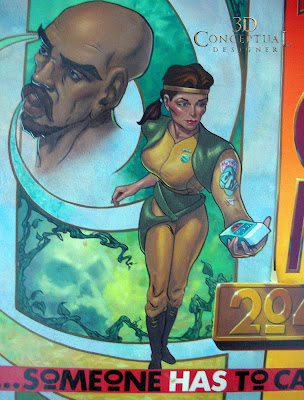 Close Up on Sagan Cruz in the Final Painting. 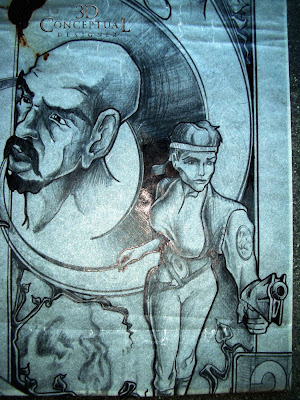 Close Up on Sagan Cruz with Gun in Hand that was latter removed. 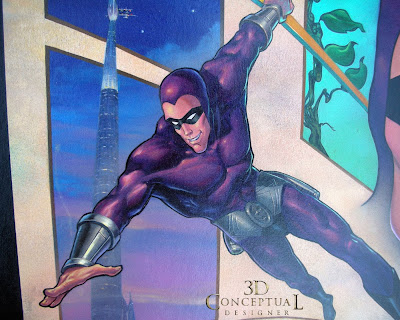 Close Up on the Phantom on the Final Painting Done by Bill Dely. 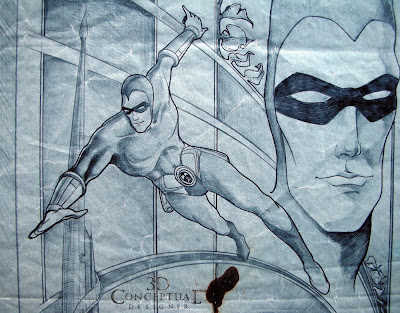 Close Up on my Final Sketch Layout for the painting. 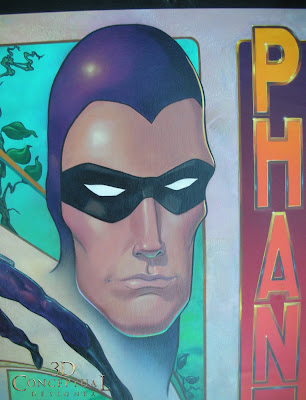 Close Up on the Phantoms "Big Head' on the Painting. 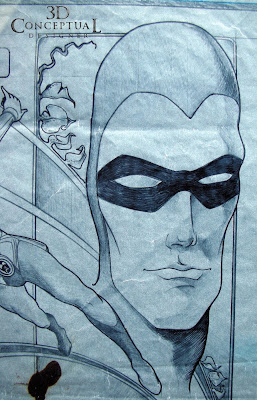 The Big Head of the Phantom 2o4o in my sketch. 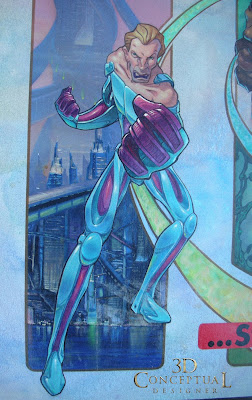 The final pose of Graft used in the Poster with a clenched fist. 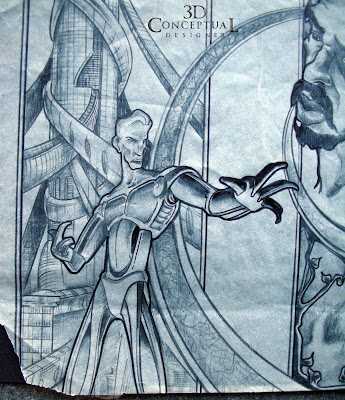 My Sketch Pose was him with an outstretched arm[ latter changed]

When Art Directing The Phantom 2040 series for television, I designed the Layout via sketches for the One Sheet Poster, and hired out an Illustrator to paint the final. Bill Dely was my roommate at Art Center and we actually met back in Detroit at CCS in the 80's and we both came to California and he has been in Animation for years as a top Background painter for many features. You can see Bills work on his site here:
http://www.billdelyart.com/

The Poster was done in an Art Nouveau style to match the theme I put on the show so the Poster has Mucha stylistic tones in the overall design. The best story I can say is that we were instructed to take the gun out of Sagan's hand in the lower left, even though she is a police officer, and replace it with a electronic device, oh and make her chest larger. So guns are bad, and big boobs are good, got it!

Sadly the Poster was shelved and not used , but sure was a fun project to work on, and with Bill again.
Cheers, THOM
Posted by 3Dconceptualdesigner at 10:58 AM