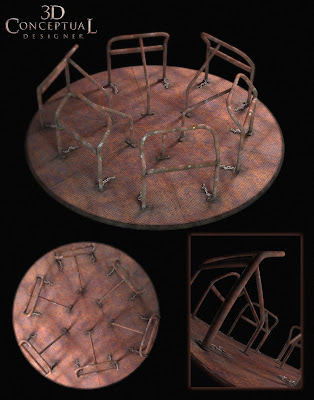 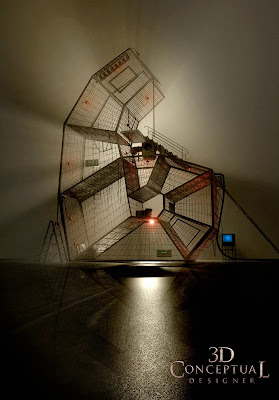 A Big Cage shaped into a "6" for eight victims with a TV from the film. 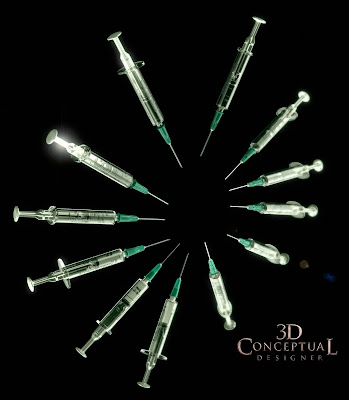 A Halo of Syringes for Main Character One Sheet Comps.

While at The Cimarron Group running 3D Design the Saw 6 project came by with just a few days of work on some prop creation. I needed to build out a Merry-Go-Round used in the film so they could re-create it for the one sheets. I built it and rendered it out at various angles for comps for Art Director Calvin Sumler. I also built out a huge "6" out of metal cages that were to filled with actors from the film in various situations. And the last props I built were a set of syringes that were to be a "Halo" around the head shots of various characters.
Cheers, THOM
Posted by 3Dconceptualdesigner at 10:31 AM