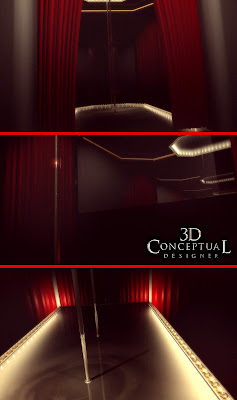 The Champagne Room Concept for the Showgirls Menus. 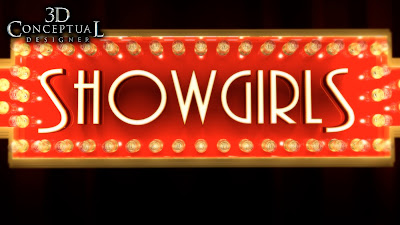 The first frame of the DVD Intro sequence tight on the Logo on the wall. 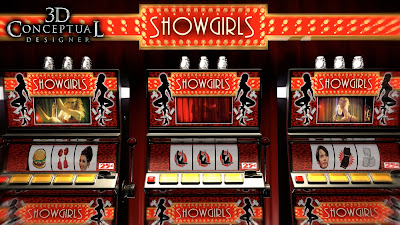 Mid Animation where we get a full row of Slots. 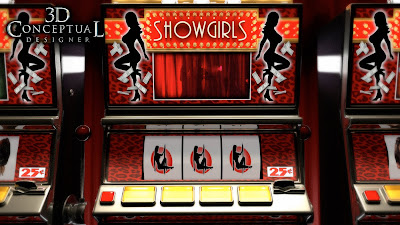 The final Frame where the Menu appears for the Finished DVD Menu.

I was hired by The Cimarron Group earlier in the year to design and animate the 3D Menu for the Blue Ray release of Showgirls from back in 1995. They went with two basic concepts and we ended up finishing one.

The first idea was the Champagne room with a dark mirrored private room where the camera is the POV of the dancer. Starting from behind a curtain, and walking out on the floor and spinning around. A stripper pole was centered and they were to add in a live action plate of a dancer. This idea was not picked.

The second Idea was a Vegas styled slot machine row where the logo was in lights on the wall, and we pull back to reveal a row of Showgirl themed slots, and we then zoom back in to one screen to use as the menu.
Cheers, THOM
Posted by 3Dconceptualdesigner at 10:05 AM