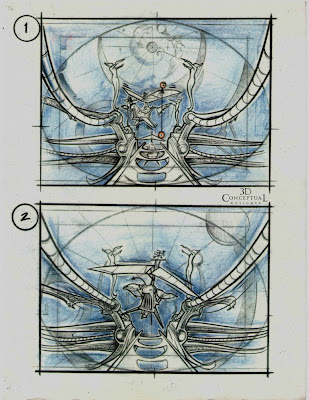 The Ride-Film OPENS with you on a giant crossbow. 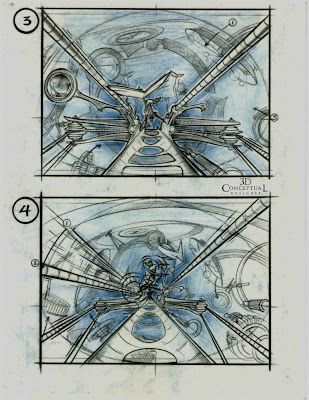 The main character fly's in on a winged vehicle as the cables stretch. 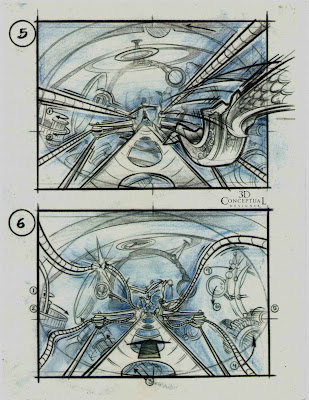 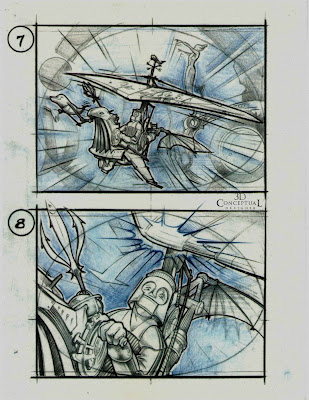 We shoot forward towards the rider just missing him. 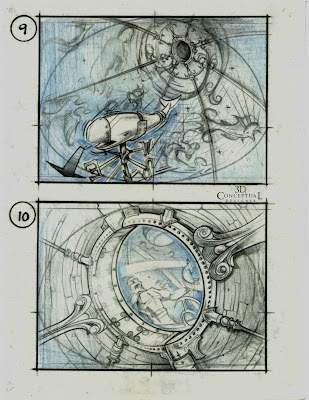 As we fly into the air we approach the top of a large dome we are in and a window...

Back in 1996 right before I began my long stay at the Walt Disney Company, Rhythm and Hues[ R-n-H], hired me again to do the storyboards for the 3D ride film they were creating for Las Vegas. Doing a 3D ride-film storyboard for the IMAX format has some very specific constraints that need consideration in the way the boards are done and laid out. In IMAX you need a lot of time to make a full 90 degree turn so the audience does not get motion sick from too fast a 3D move. As a 3D Designer I blocked out the entire ride in Plan view first then we timed it according to the ride length and milestones and I designed from there. All in all I did 114 frames in which this is the first 10 frames in the series. I do not fully remember everything going on but I will put explanations below as I remember for each frame.

You can view PART II here.
Cheers, THOM
Posted by 3Dconceptualdesigner at 10:47 AM