Project Review: Night at the Museum 1 and 2: PART I 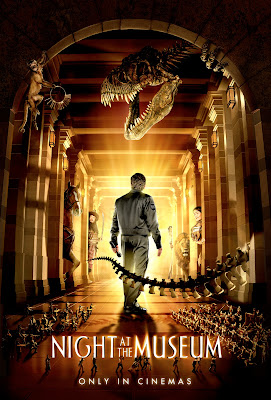 The Finished One Sheet for the First Film using a full CGI interior, Logo, and Dino tail. 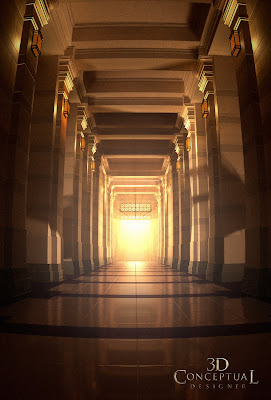 The CGI back-plate for the Museum Interior I made for the One Sheet. 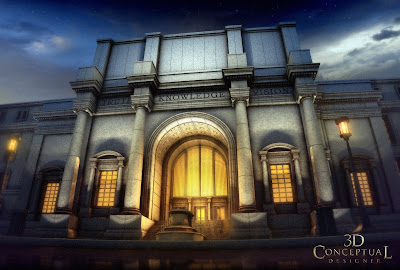 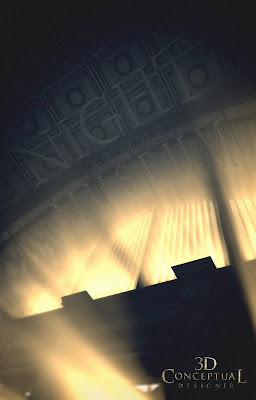 A teaser Idea of the Logo above the entry window arches[ Second Read]. 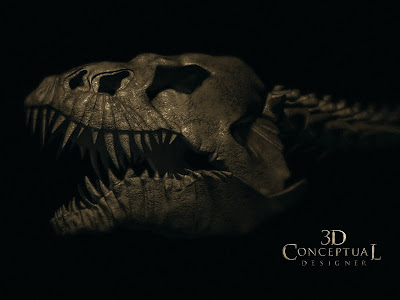 The Dino Head I made for various Comps and the Web animation. 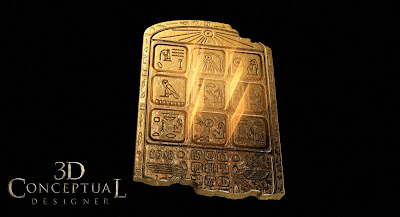 The Main 3D Tablet is from the Second Film Campaign. 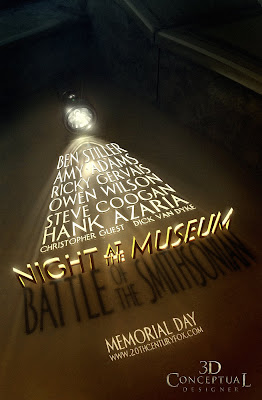 Ben Stillers Characters flashlight on the stairs of the Museum for the Second Film Teaser. 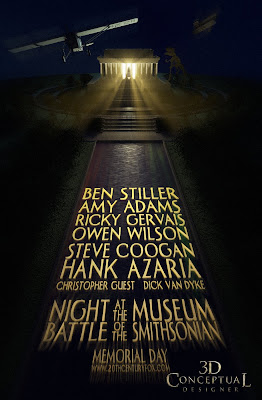 An early Client Idea of the Lincoln Memorial from the Second Film. [I made it for X-Men 3]

Project Review
Night at the Museum 1 and 2
PART I


While running the 3D Design Dept. at Cimarron, I worked on the Print and AV advertising for The Night at the Museum. For the first film I did a lot of different tasks, including the main museum from the final poster being all CGI, to the dinosaur for the online games and tie ins. I also animated the cards for the AV spots for the movie as well.

For the second film the work was about 1/4th that of the first film. I did an animated Egyptian Tablet that is used in the film for the AV team, and I did a series of comps for the print team as well re-using the prop already made for AV. I also did a few "flashlight" ideas for both the second film and a DVD double feature.