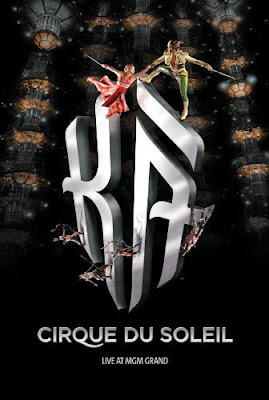 The Finished One Sheet with the 3D Logo. 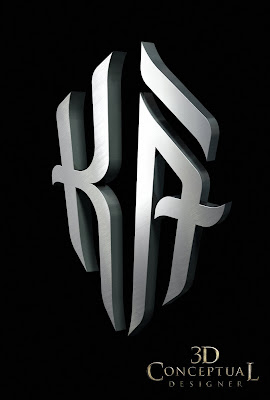 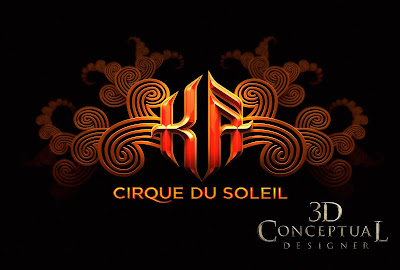 An Early concept done for the AV dept. 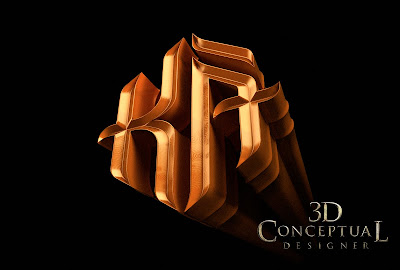 An inverted "Single Point Bevel" Logo with water drop effects from the show on the surface. 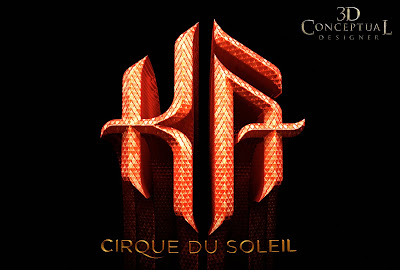 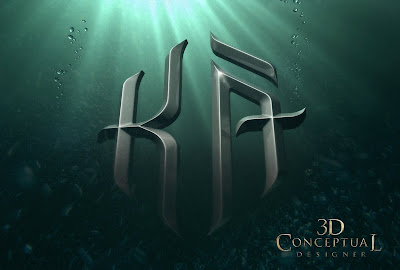 While still at The Cimarron Group in 2006 I helped out with the design process to update the KA show out in Las Vegas presented by Cirque Du Soleil. The logo was done already, so it just needed to be re-imagined into various looks. The client decided to go with a 3D design as the first one was 2D. I did work for both the AV and the Print groups on various logo treatments.

The finish was made by Adrienne Burk as a sort of 2D fake done in 3D as I had to match a 2D interpretation of 3D done in 2D.