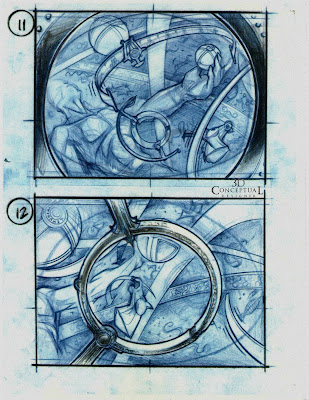 As we fly into the Celestial Orb we see lots of spinning artifacts. 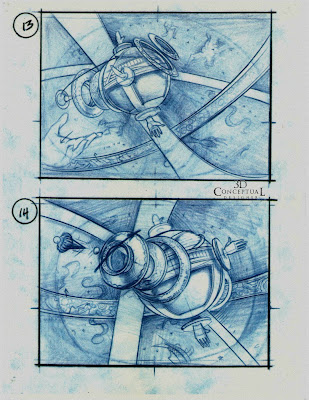 We approach what seems to be the center attraction a huge planetary devise with rings spinning. 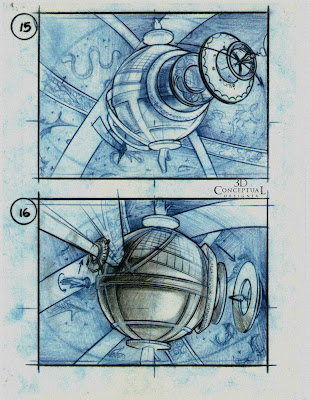 We do a 360 fly around see the various contraptions and a light shoots out of the doorway we want. 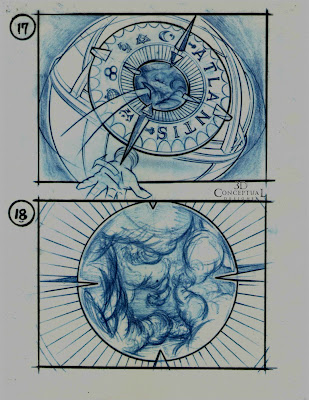 The Doorway reads ATLANTIS so we fly into it. 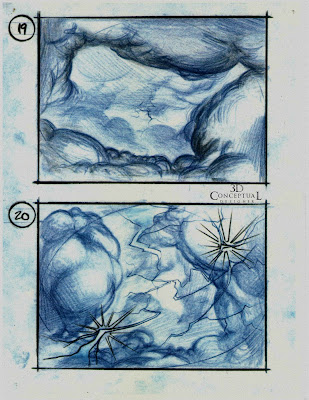 Once inside we are inside a huge deep thunderstorm.[ to be continued...]
RACE TO ATLANTIS
PART II
Client: Rhythm and Hues.
Art Director: na.
Project Date Summer 1996.

In this second part to my work on the 3D ride-film storyboards for the Atlantis Ride Film We continue after being launched by a huge crossbow into space and ended approaching the window.

You can view PART I here

So we now have flown through the window into a huge time clock room where we will pick the world we enter in the ride. There are many large celestial orbs that are rotating and spinning in orbit along with an enormous statue floating in the sky as well. We point to the ATLANTIS ring and enter into it, ending up in a huge thunderstorm, until the next installment...