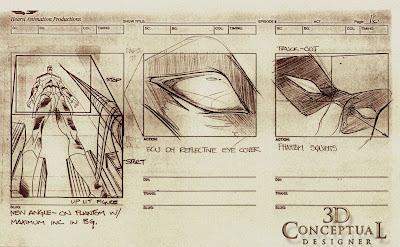 We CUT TO the Phantom 204 a is an extreme high angle as we pan up the body and end on the eyes... 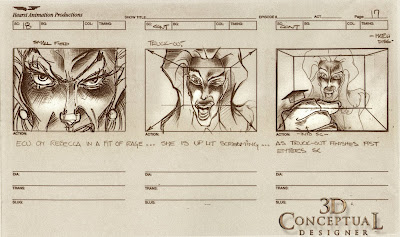 We cross-dissolve to Rebbecca Madison of Maximum Inc, the Nemesis of The Phantom screaming. 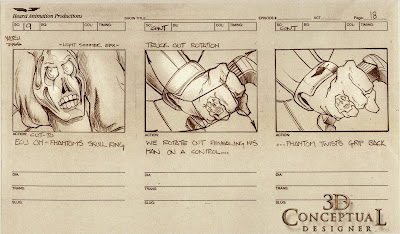 We cut to an ECU on the skull ring as the eyes glow purple he twists his wrist on the hyper cycle... 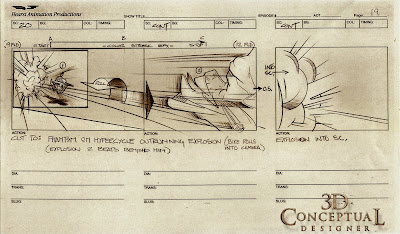 We cut to a Long Shot of the Hypercycle as to shoots off at speed... 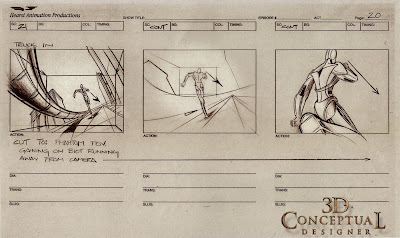 We cut to B.I.O>T> on the run from the Phantom t looking over his shoulder to see... TBC

In this 63rd post on "The Phantom 2040" television Animation Series I have put up the fourth post of five for the storyboards I did for the opening title sequence for The Phantom 2040.

Here we reveal The Phantom 2040 and his nemesis Rebbecca Madison as well as show off some more technology.

I will finish the Opening Title Sequence Storyboard Series next week. Enjoy!