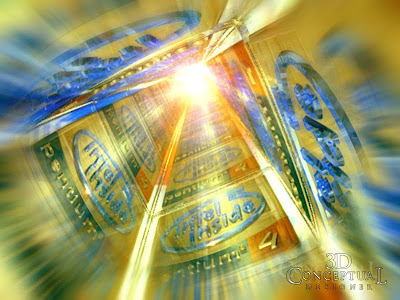 An Early concept for Intel of an Energy Tunnel with "Hot Light" at the end. 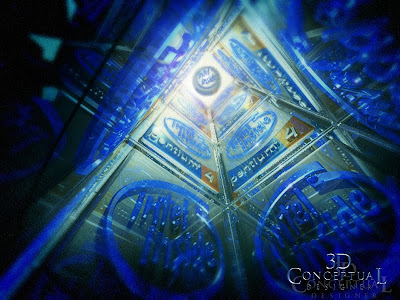 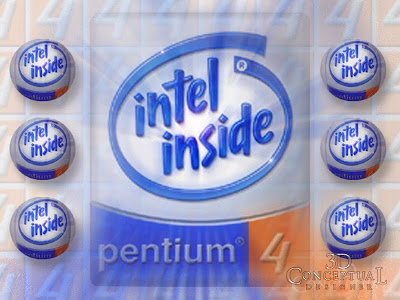 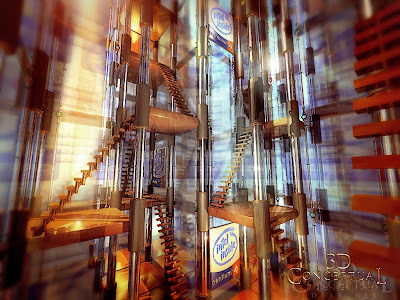 My MC Escher-esque room I designed for the Virtual Reality Room for Intel. 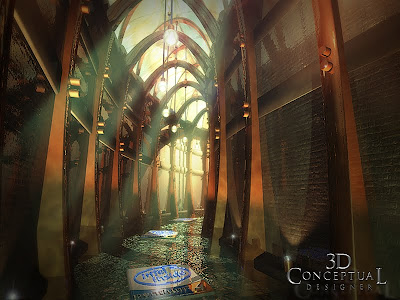 The Tall under the city canals with Pentium Logos floating past us. 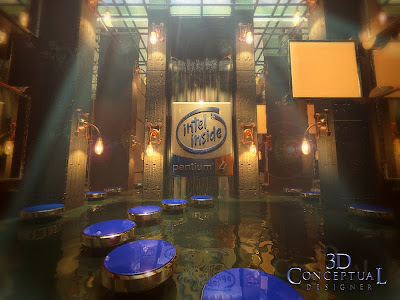 The Pentium Temple as e called this with a waterfall and 'toadstools" to cross over. 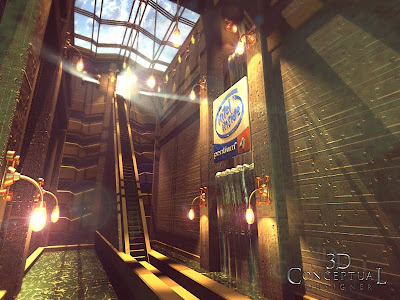 A different angle on the above Pentium Temple showing the entrance from Launch City down to the location.

In this fifth post on LAUNCH city, I have posted a virtual reality-online and DVD space I designed for Intel for the then new processor the Pentium 4, and I created a few looks to pitch to them so we could give them more virtual real estate in this virtual city Launch City, now owned by Yahoo.

All we needed to show was the Pentium-4 Logo, and I used it as a big icon, or monolith that would emit light and energy. I did architectural spaces ranging from underground fortresses, to MC Escher-esque tunnels and spaces.

I always have a great deal of fun doing concepts for architectural type of spaces , but t with the addition of this being a virtual space too it lends itself to s hyper reality which is so appealing as a designer to explore as well.


Cheers, THOM
Posted by 3Dconceptualdesigner at 10:47 AM