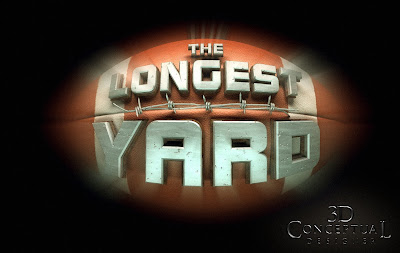 I built the title logo with 3D curved text, barbed wire, and a 3D football animation for the TV spots[ see in reel].

The TV spot cards look was a stenciled font built out of rusted steel with barbed wire again as a holding bar up and down. 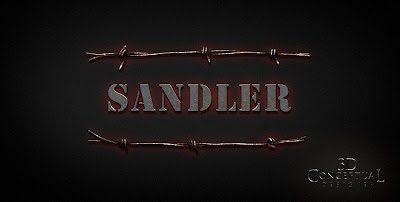 The Adam Sandler card done up the same way. 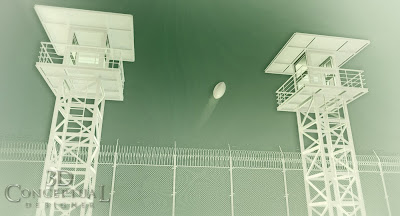 I built out two guard towers and we did a goalpost field goal shot with the fence as the way out. 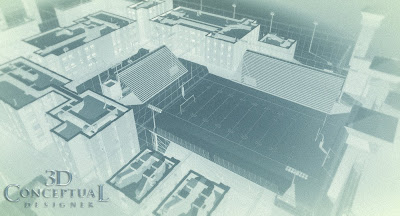 This X-ray shot reveals that this prison has a football stadium in the middle. 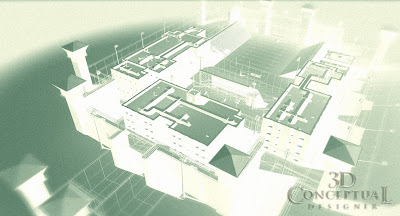 Here is the first shot in the teaser I built out of a low resolution prison set.

I did Motion Graphics work for the Theatrical release of the remake of The Longest Yard by Adam Sandler back in 2004 for Roland Mesa back at The Cimarron Group. I worked early on for a teaser trailer, where they needed some images of a prison for interstitial MGFX -Images, so I built out a prison set with a football stadium that we referenced in some flash graphics between cuts of type, to hint at what the film was.

Then, many months later I did cards, and titles for TV spots once the film was about to be released as seen above in the AV MGFX cards. We used barbed wire as a graphic both on the football logo itself, as well as around the cards for the Motion Graphics spots we did to match up to all the prison images I did earlier.

Enjoy your Memorial Day weekend all!
Cheers, THOM
Posted by 3Dconceptualdesigner at 10:38 AM