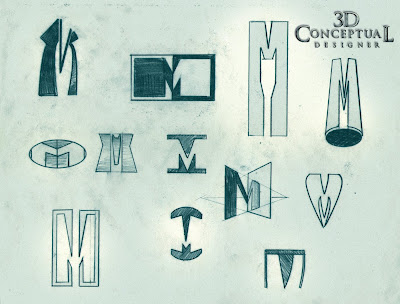 Some of the concepts Ideas for the big "M" for Maximum Inc. that would be used on Heli-pads large doors and on the Mile high building itself. 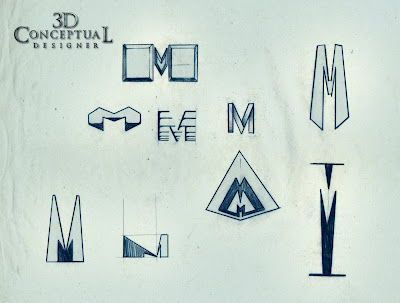 A second page of Ideas. We did use the negative spaced tall one on the lower right in a few applications in the backgrounds done. 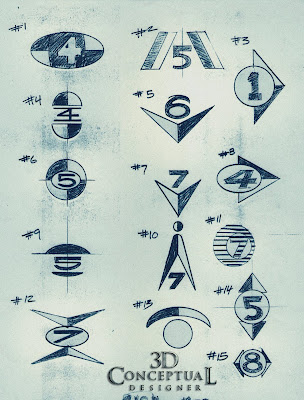 A Page of Numbers used as Icons in backgrounds and for screen countdown effects etc. 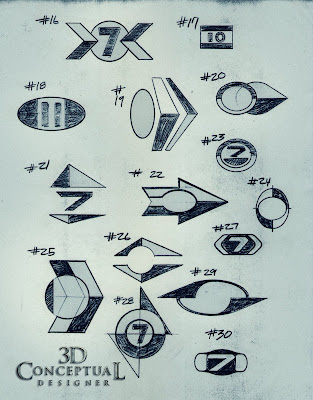 A second page of ideation sketches for simple numerical logos.

In this 67th post on "The Phantom 2040" television Animation Series I have posted more logo ideas used by the layout artists for graphics within the backgrounds themselves. As Art Director/Conceptual Designer for the 52 episodes, I designed the majority of this world for The Phantom 2040, and that included these simple 2D graphics.

Small idea sketches are a part of every designers life and process of how we do the detailed final presentations, here is a look into that process, sometimes simple as these images show.

A major limitation we had was how many graphics we could put in the series sine with translations they would not be usable, so we limited it to a few items. Maximum Inc was called that in French, Japanese, and German, so I designed out a large "M" for maximum. This icon was spread around the backgrounds we did for Maximum Inc on Iron Doors, Com Phones etc. The multiple use of these images required a large variety of looks so I cam up with a bunch as seen above.

Numbers however were used in all the background images no matter the language , so I came up with some holding devices that would have a number in it, or near it for use in backgrounds, countdowns, and the various needs the series had.

Our graphics needs grew so large, we were able to hire a Full-Time Graphic Artist, Thomas Kim from A.C.C.D. and he came in and set up a Mac Workstation to do all our graphics and motion graphics animatics as well, and we got him about 6 months into development. It was uncommon for a 2D animation team to employ a 2D Graphics artist full time , but we were able to do that and it made a huge difference.

You can view prior GRFX [ graphics] I did for the main title and outside the series here.

Cheers, THOM
Posted by 3Dconceptualdesigner at 10:11 AM