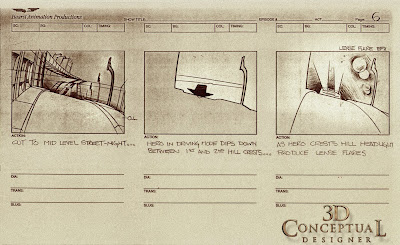 ...as we continue from the prior post, we follow the headlights of The Phantom 2040's Mustang cresting a hill. 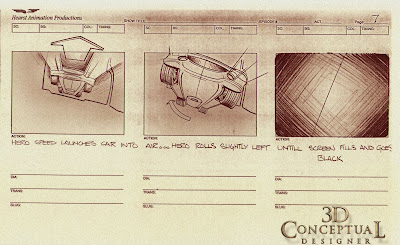 ..Hero dipped down in the lower valley and ends up jumping off the road into camera. 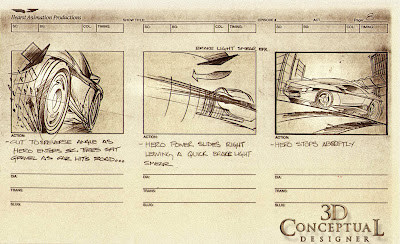 Cut To: A reverse angle on the car skidding into a 180 stop. 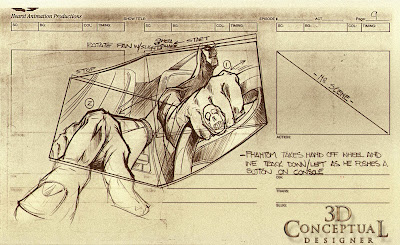 We Cut To: INT Hero as the Phantom flips a switch on the console and we are viewing it as an ECU. 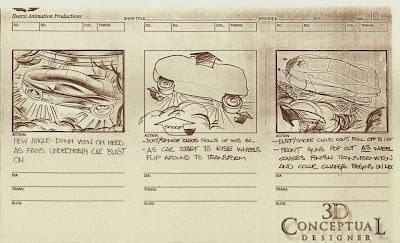 In this 61st post on "The Phantom 2040" television Animation Series I have put up the second post of the storyboards I did for the opening title sequence for The Phantom 2040.

We continue in the city and focus on "Hero", The Phantom 2040's Ford Mustang based on the original characters actual white horse names the same. We follow it as the Phantom races through the city.

You may view the prior post here, and I will post the final parts of this sequence next week.