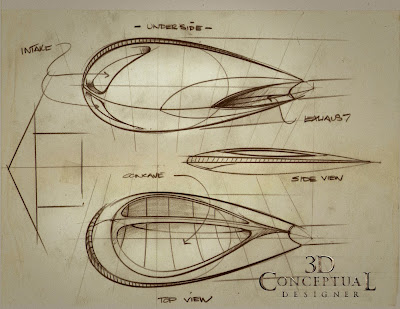 A Jet Powered Hover-Board Used by Kit and his buddies. 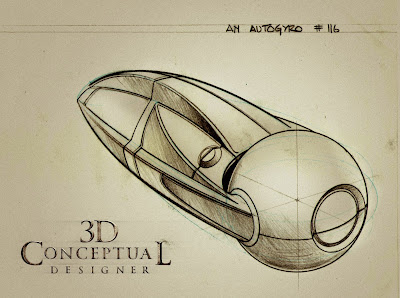 An Auto-gyro used in a quick scene for the series The Phantom 2040. 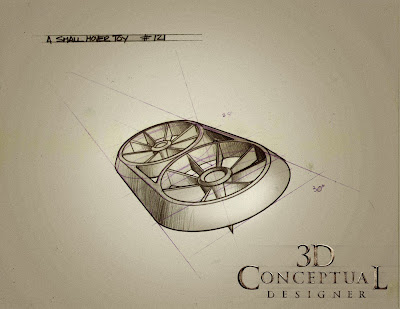 This was a small hover-toy that Max's cat Baudelaire played with in the show. 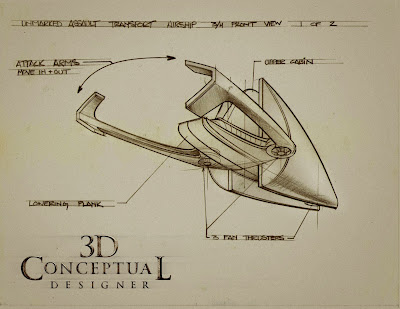 In this 51st post on "The Phantom 2040" television Animation Series I was Art Director and Chief Conceptual Designer on, I have some various Props and Vehicles that I sketched out for the series.

As Art Director I oversaw four teams of artists[ Los Angeles, South Korea, South of France, and Canada], but I myself was a hands on designer ,and designed about 90% of the props and 100% of the vehicles for the series myself. As a first time Art Director , I learned early on that a good majority of "art directors" are finger pointers, and are not doing any designs themselves, and for myself this was not an option. Each team I worked with seemed surprised when I grabbed a paint brush or pencil[ Pre-Computer Design Folks!] and did the work myself, but that is what made this Gig so enjoyable to do.

Each show had between 12-25 unique props per episode, so there were around 650-1200 unique designs done for the full 52 episode series so I had a chance to design just about anything that could be imagined for the world of 2040 where The Phantom lived. Adding to that the vehicles, backgrounds, B.I.O.T.S., and other characters, it was a full time design schedule for the 3 years I worked with them.
Cheers, THOM
Posted by 3Dconceptualdesigner at 11:28 AM