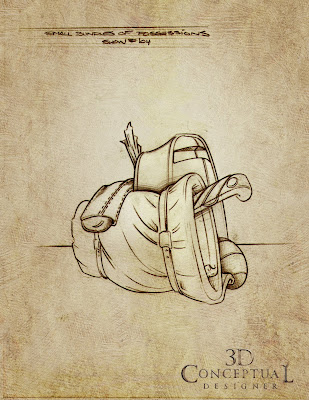 This Tall and Thin Bundle of Possessions was something that Sparks had in the series when he is introduced. 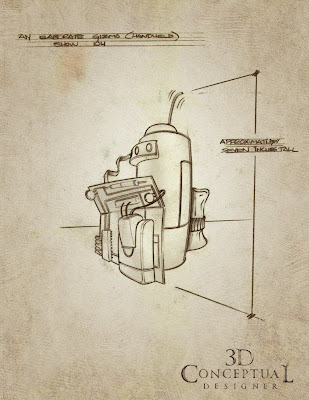 This little Tall elaborate Gizmo was something the The Phantom had to find that animated as well. 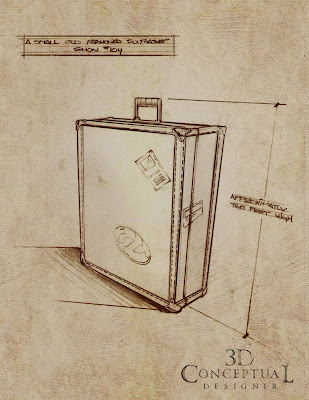 Aunt Heloise' Old Suitcase that she took to the Hospital. 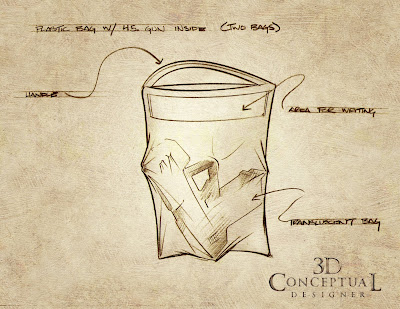 An evidence bag with a Colt .45 gun in it[ Kits Fathers sidearm]

In this 46th post on, Hearst Animations, "The Phantom 2040", I have posted a few props that are random for use in a few of the episodes.

As Art Director, I had to design a huge range of items since I was stylizing an entire world to a very different tall and thin look and proportion, so standard proportions of anything just looked out of place in the world of The Phantom 2040.

It was one area that required constant Art Direction from me for the teams both in-house and overseas, as they tended to go back to short boxy proportions for just the simple props.

Early on I made the creative choice to block out all props myself, and the team would do the inks and prop sheets based on my sketches. Some were like what you see above and a very complete design, while others were just a proportional sketch that I asked them to flesh out for me, as long as the prop was something secondary.

Cheers, THOM
Posted by 3Dconceptualdesigner at 10:17 AM