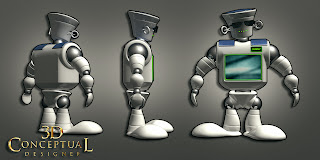 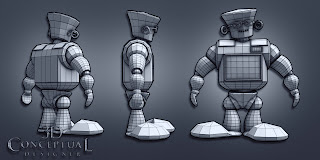 The base Quad Polygon Models for the Turn Around. 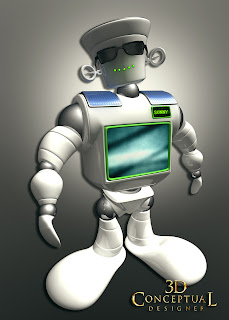 A simple pose with the head up. 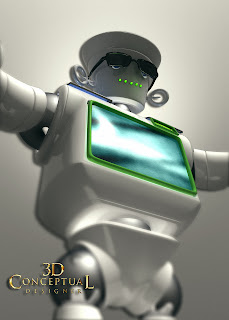 A Worms Eye up angle shot on the Energy Robot I did for The AIM Agency. 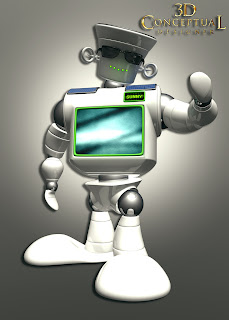 The final was to have minimal "anamatronic" use, so the arms would move around to greet folks at the conventions. 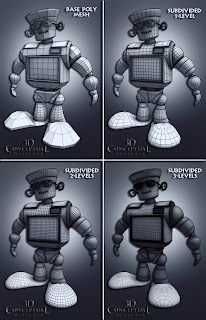 A a subdivision model it is good from long shots, to close ups and the data can be used for 3D printing of the parts with the subdivision set high, or it can also be converted for Solid Works data as well with this.

This is my second posting on this little "Energy Robot" I designed out for the AIM Agency here in California back in 2011, and today I cover what we ended up with as a final to be built out for the convention use.

Shorty, as I called him became that way when I took out an entire digit from the legs to bring the size of the Robot to a proportion so we could get a bigger touch screen in the chest. I also simplified the solar arrays and wrap mounted them right onto the "Bot".

The character "Sunny" a Solar Energy Robot also needed some sunglasses added to give him a bit more fun in his disposition, so they were built as well.

The client liked the Golds Gym bodybuilder feel to him which was a bit intentional as I called him a Shorty Terminator, and the glasses helped that out as well.

It is always fun doing Robots.