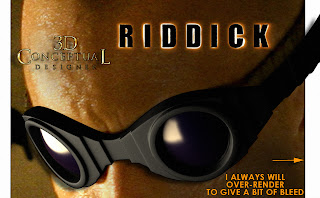 The final shot delivered for packaging for the DVD for Riddick from back in 2004'. 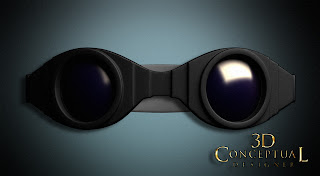 A front view shot they wanted for the DVD menu comps is rendered here. I provided two alphas so they could cut out the back strap easily to put over a face as needed. 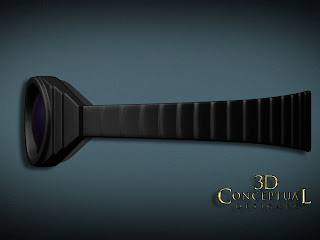 A side shot rendered with two alpha channels too, the advantage to a 3D illustration vs. a photo, they are Smart-3D masked and ready to go! 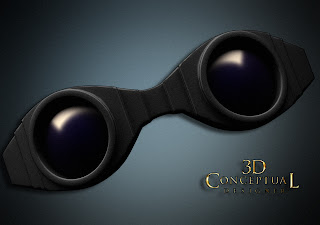 A 3/4 angles shot up front with some similar highlits on the lens. 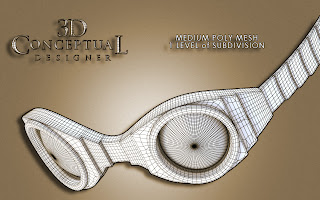 The High Poly shot here is what level of detail was used for the finish render. 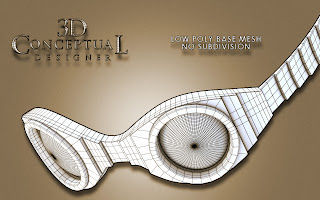 Here is a low poly base mesh shot showing the simple design build for the rubber molded frame.


Back in the Summer of 04' I was still running a small in-house 3D Design Department at The Cimarron Group, a Theatrical Adverting Agency in Hollywood, and for the Home Entertainment Division, I was asked to reproduce the prop from the film Riddick for the cover shots for the Key Art on the DVD and then new Blue-Ray packaging.

I was given the angle and lighting to match as well as a few screen grabs of the prop needed, this was his rubber special glasses he wore in the film.

I proceeded to build them out as a Subdivision Quad model and rendered it at a few angles as well so they could experiment a bit.

As with many daily projects this was a quick half day gig again. Fun and Fast!